An asteroid approximately the size of the one that finished off the dinosaurs collided with the surface of Mars, causing a massive tsunami that changed hundreds of thousands of square miles. 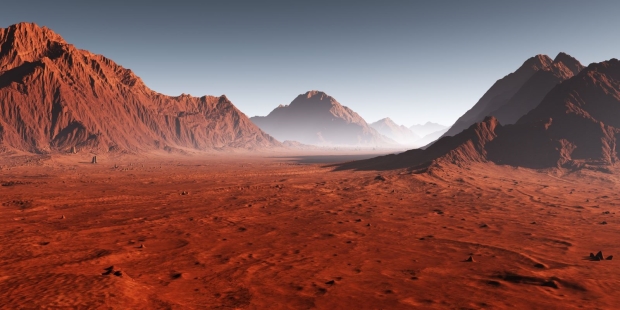 The new study describes the great tidal waves as megatsunamis, with previous research attributing two megatsunami events triggered by two asteroid impacts that happened approximately 3.4 billion years ago. In an older study, researchers pointed to a 75-mile-wide crater called the Lomonosov Crater for the location of an asteroid impact that caused one of these massive waves.

"The marine floor would have been tossed up in the air, feeding the wave with sediments and probably aiding the development of a catastrophic debris flow front," said study lead author Alexis Rodriguez, a planetary scientist at the Planetary Science Institute in Arizona.

"The northern plains of Mars comprise an enormous basin where about 3.4 billion years ago, an ocean formed and subsequently froze. The ocean is considered to have formed due to catastrophic floods released from aquifers. So my initial approach to looking for a megatsunami-triggering impact was to look for a crater beneath the ocean's frozen residue and above the channels that discharged the ocean-forming floods," said Rodriguez.