Scientists have analyzed a meteorite that fell to Earth in 2020, and it's been discovered that it contains two minerals that aren't found on Earth. 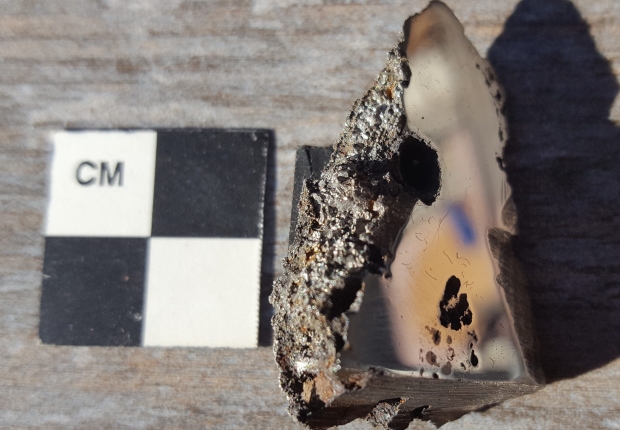 Meteorites fall to Earth everyday, but since the majority of the planet is covered in water, most of the space rock fragments fall into the ocean, and the remaining fragments that are lucky enough to make it to the surface are rarely found. However, in 2020 a meteorite fell in Somalia and was handed over to researchers for analysis.

According to a press release, the meteorite weighing about 2.5 ounces, was sent to the University of Alberta for classification, which was later concluded to be an Iron IAB complex meteorite, which is a space rock composed of meteoritic iron and silicate inclusions. Typically it takes quite some time for scientists to confirm a new mineral, but the process was sped up as the two new minerals identified in the meteorite had already been synthetically created on Earth before. 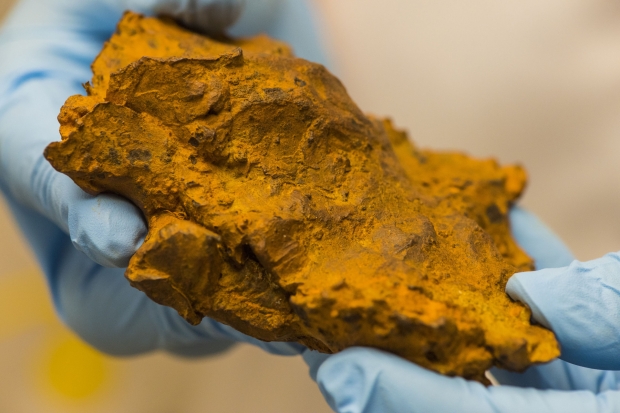 Additionally, the team have already landed on two new names for the minerals, elaliite and elkinstantonite. The first name is in reference to El Ali, which is the name of the town closest to the location the meteorite was discovered. The second is dedicated to Lindy Elkins-Tanton, vice president of the ASU Interplanetary Initiative, professor at Arizona State University's School of Earth and Space Exploration, and principal investigator of NASA's upcoming Psyche mission.

Chris Herd, a professor in the Department of Earth & Atmospheric Sciences and curator of the University of Alberta's Meteorite Collection, explained that Elkins-Tanton has been critical in providing valuable research on the core of planets, as well as how iron-nickel cores form. Herd further explains that it "only made sense" to name a mineral after her "and recognize her contributions to science".

While there is certainly more research that can be done on the extremely interesting meteorite, reports indicate that it's been moved to China, where it will be shopped around for a potential buyer. It's unknown if the new buyer will be able to take more samples from the meteorite. If you are interested in more science-related news, check out this dazzling image snapped by the famous Hubble Space Telescope.