MSI has unleashed a new special BIOS for its mid-range B660M Mortar MAX Wi-Fi motherboard, which when teamed with the Intel Core i5-13600K "Raptor Lake" processor can be overclocked to a hefty 5.8GHz, mighty impressive stuff.

At first, the Intel Core i5-13600K couldn't be overclocked on B660 chipset-based motherboards -- exclusive OC was allowed on the Z790 and Z690 motherboards -- but now the mid-range MSI B660 Mortar MAX Wi-Fi motherboards can be pushed with some impressive overclocking through the special BIOS. 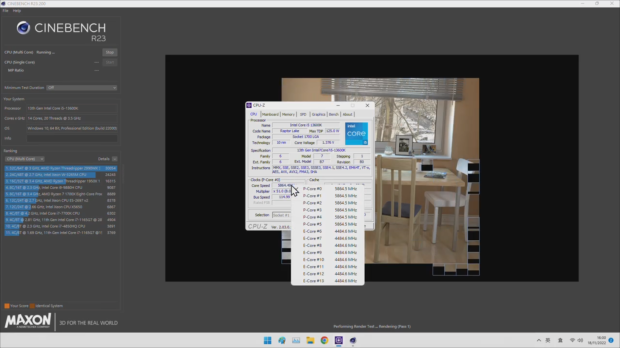 Up until now, overclockers could only push the BCLK to 102.9MHz on the MSI B660 Mortar MAX Wi-Fi motherboard, but with the new Special BIOS that the company has released in the form of the "E7D97IMS.123U24" BIOS, you can push the BCLK up to an impressive 125MHz. The BIOS lock hurt overclocking, until now... since the 102.9MHz hurdle would only allow for a 5.25GHz CPU frequency.

MSI's new special BIOS and its BCLK upgrade to 125MHz allows the Intel Core i5-13600K "Raptor Lake" mid-range CPU to be overclocked to an impressive 5.8GHz -- another 575MHz above the previous 5.25GHz limit. 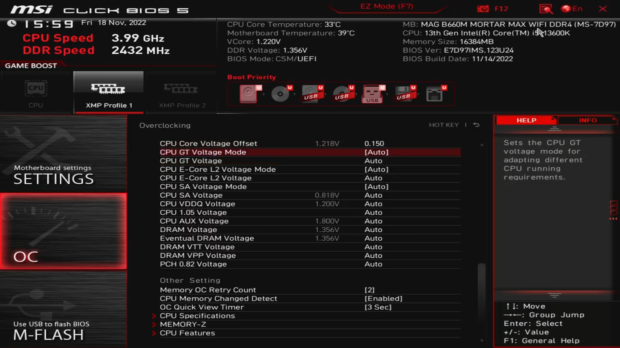 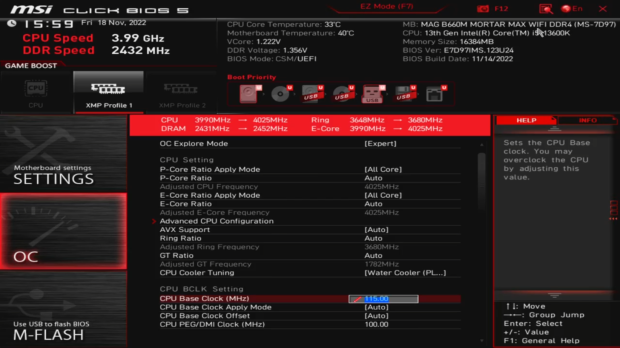 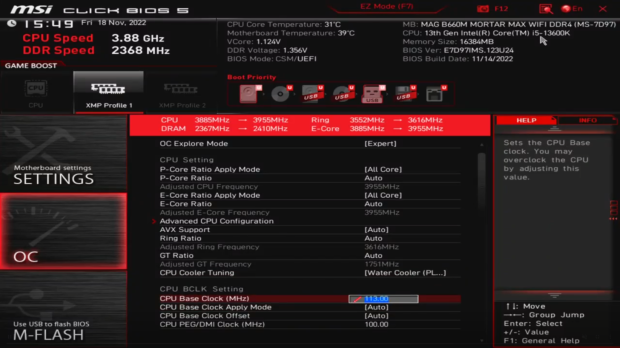 The MSI B660M Mortar MAX Wi-Fi motherboard with the new special BIOS with auto voltage can hit 113MHz BCLK, seeing the CPU frequency boosting up to 5.76GHz on the P-cores, and 4.4GHz on the E-core on the Intel Core i5-13600K processor. This is a decent 660MHz upgrade on the P-cores and 500MHz on the E-cores, with voltage pushed to 1.25V. 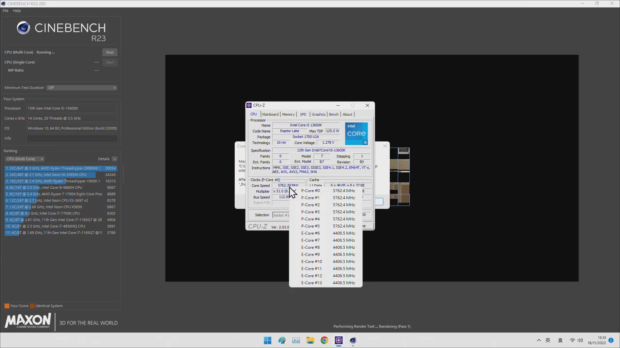 Freaking impressive, for the B660-based motherboard and Core i5-13600K combo.

The fine folks over at HKEPC have created a guide for MSI B660M Mortar MAX Wi-Fi + Intel Core i5-13600K owners, if they want to use the special BIOS you can download that from here, while you've got some notes for your overclocking adventures below: