Microsoft reiterates its point that it does not intend to take the $30 billion Call of Duty franchise away from PlayStation, and that it wants to continue selling new Call of Duty titles on Sony's platform. 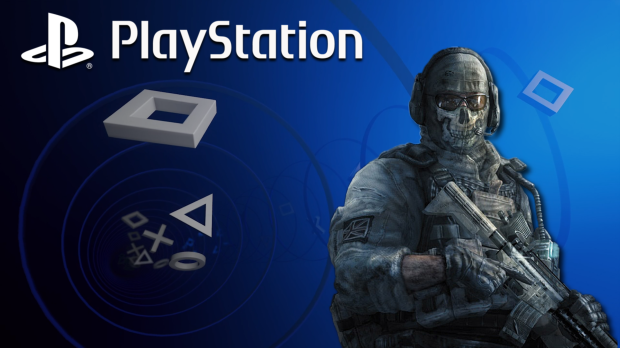 A bit ago, Microsoft told the UK regulators at the CMA that it wants to treat Call of Duty similar to Minecraft. This statement was a bit confusing, especially since Minecraft and Call of Duty are very different games. In a Wall Street Journal interview, Xbox's Phil Spencer adds more clarity to Microsoft's post-merger vision of Call of Duty with affirmations the franchise will be expanded to new screens and platforms; "I'd love to see it on Switch," Spencer even said.

Now fast-forwarding to a new interview with the Same Brain podcast, Spencer confidently says that Microsoft will ship Call of Duty to PlayStation "as long as there's a PlayStation to ship to." These words are certainly more impactful than the previous comments that Microsoft has made on the topic.

"We've expanded the places where people can play Minecraft, we haven't like reduced the places, and it's been good for the Minecraft community in my opinion, and I I want to do the same as we think about where Call of Duty can go."

This seems to contrast previous lawyer-esque messaging that Microsoft had made about Call of Duty, which could have been interpreted as Microsoft keeping older and existing games on PlayStation but not allowing all new titles on the platform.

That might still happen to some degree, but Microsoft has made it clear that it still wants to ship at least some of the new Call of Duty games and products on PlayStation hardware instead of making the series a hard Xbox exclusive.

However, in the same Wall Street Journal interview that I referenced above, Spencer did say Microsoft would keep shipping Call of Duty on PlayStation "as long as it made sense."

"That's not our plan. Our plan is that Call of Duty, specifically, would be available on PlayStation...that's what you're asking about, But when I think about our plans, I'd love to see it on Switch, I would love to see the game playable on many different screens.

"This franchise will continue to ship on PlayStation natively. It's not a plan that, okay we're going to bait and switch somebody where they have to play on the cloud, or that in 2 or 3 years we're going to pull the games," Phil Spencer said.

Apparently what Spencer meant was that it wouldn't make sense to bring Call of Duty to PlayStation if a PlayStation console didn't exist. Yet...Spencer has also said he does not see a future of gaming where streaming replaces gaming hardware.

We also have to remember that intent and execution are different things. Phil Spencer and Microsoft are inadvertently making loud and vocal signals to regulators with these interviews--oftentimes, written articles and videos are quoted in regulatory filings and approval documents, so Microsoft is effectively creating a backtrail of sourced quotes to potentially be included in these documents.

It's a smart move, and it could be an effective one.

Presumably, Microsoft would have renewed a contract following 2027 to keep Call of Duty on PlayStation...but Sony would have to play ball, and the new Microsoft-written contract certainly wouldn't be under the same massively favorable terms that Sony enjoyed under Bobby Kotick's regime.