A military aircraft has collided with a residential building in Russia, killing at least thirteen individuals and injuring many others.

According to multiple reports, some from Russian news agencies, the aircraft was confirmed to be a Russian military plane that experienced a malfunction with one of the engines, preventing it from gaining altitude. Russia's Defense Ministry confirmed the aircraft to be a Su-34 fighter-bomber, and the crash occurred shortly after the military jet took off from the Yuzhny airbase in southern Russia. Officials say the aircraft was performing a training flight and was carrying a payload that detonated shortly after it impacted the residential building.

Video's and images were promptly uploaded to social media on Monday, with one of the images showing a pilot of the aircraft safely ejecting before the plane hit the buildings. Notably, both pilots managed to safely eject the plane, according to Russia's Defense Ministry. Russian news agency Tass quoted the Russian Emergencies ministry, which said that several bodies were found under the buildings crumbling stories, three of which were children. The crash injured an additional nineteen people, per Russia's health ministry.

Reports indicate that at least 17 apartments were affected by the fire causing approximately one-hundred residents to evacuate their homes. 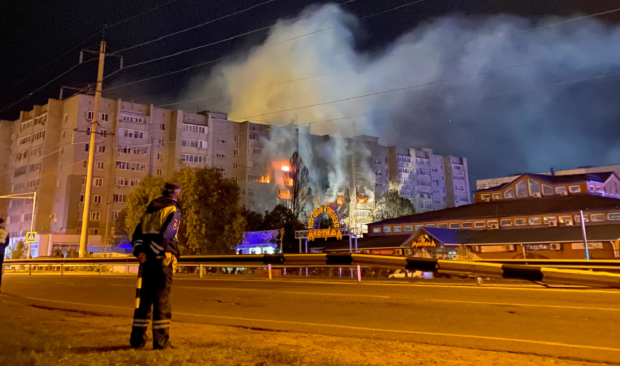 "It fell right over us. Everything is in black smoke. Mom, do you understand? Ten metres and that could have been us," said one witness in a video shared by the channel.