VESA has just announced the updated DisplayPort 2.1 specification today, also announcing that any DisplayPort 2.0-ready product is now a DisplayPort 2.1-certified product.... and those products do NOT include NVIDIA's new GeForce RTX 40 series GPUs (unfortunately, and very silly I might add).

The updated DisplayPort 2.1 specification means that any and all DisplayPort 2.0-certified products (this includes UHBR aka Ultra-High Bit Rate products) like GPUs, monitor scalar chips, docking station chips, DP40 + DP80 cables, and anything else that's DP2.0-ready is now DP2.1-ready. 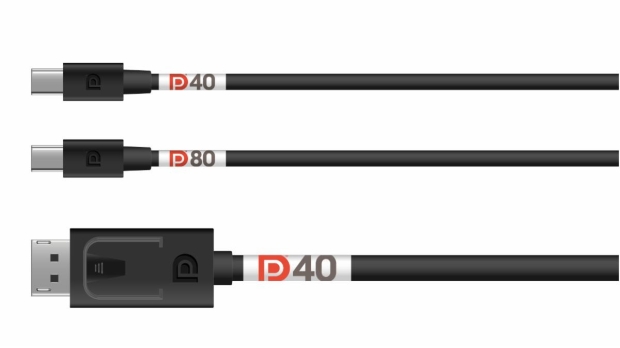 AMD has its new Ryzen 6000 series with DisplayPort 2.0 compatibility, as well as Intel's did-they-even-release-it Arc A770 and Arc A750 graphics cards have DP2.0 ports, which have now all been silently upgraded to DP2.1 overnight. NVIDIA's new GeForce RTX 4090 does NOT have DisplayPort 2.0, so there's no upgrade to DisplayPort 2.1, which is something that I've covered extensively before, during, and after the RTX 4090 launch.

Not only that, but VESA has updated the DisplayPort 2.1 specification with more strict rules on DisplayPort cables, where DP2.1 cables that are pushing 40Gbps of bandwidth (VESA calls them DP40 cables) are specified to support lengths that VESA says can go "beyond" 6.6 feet (2m) with maximum performance being pumped through it.

But if you want that insane DP80 cable with DP2.1 spec, you're going to be using smaller cables with VESA saying DisplayPort 2.1 cables can handle the full 80Gbps of bandwidth through DP80-capable cables at "beyond" 3.3 feet (1m) but I'd like to see that. 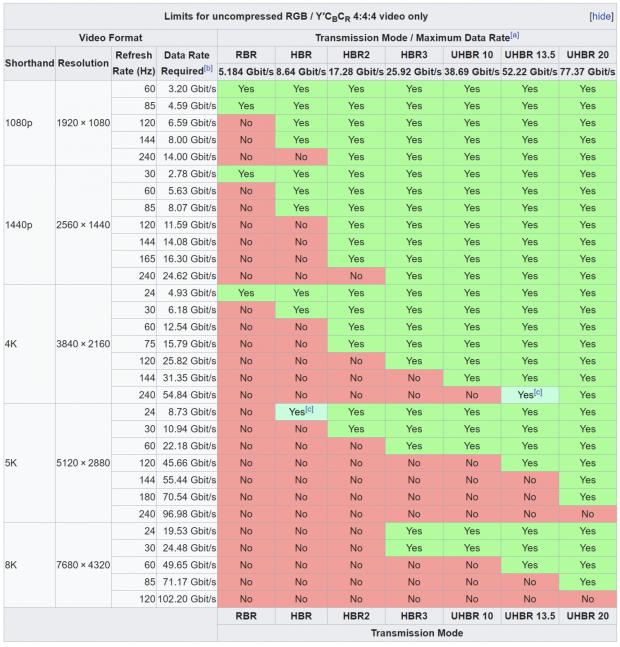 DP2.1 at the end of the day doesn't offer any huge advancements over DP2.0, so you're still stuck at only 8K 120Hz and 4K 240Hz, but you can also pump the insane 16K at 60Hz once the panels are out. It's very disappointing that NVIDIA's latest graphics cards don't have DP2.x support whatsoever, especially when NVIDIA openly brags about 4K 120Hz and 8K 60Hz+ gaming on the GeForce RTX 4090.

I guess we'll wait and see if AMD rolls out DisplayPort 2.1 connectivity on its upcoming Radeon RX 7000 "RDNA 3" graphics cards that will be announced in just a couple of weeks' time.

Alan Kobayashi, VESA Board Chair and VESA DisplayPort Task Group Chair said: "Achieving greater alignment between DisplayPort and USB on a common PHY has been a particularly important effort within VESA given the significant overlap in use case models between the DisplayPort and USB4 ecosystems".

"DisplayPort 2.1 brings DisplayPort into convergence with USB4 PHY specifications to ensure the highest video performance across a broad range of consumer products. Display transport through DisplayPort, with its higher bit rates and proven visual quality of DSC compression even for HDR content, offers ample bandwidth for the needs of virtually every practical application".

"Features such as driving multiple displays over a single cable, or enabling multiple functions on a single port like video, power and data transfer, no longer require any compromise in video format choice. The advanced capabilities of the DisplayPort video interface are enabled by the invaluable contributions by our more than 300 member companies from across the electronics ecosystem". 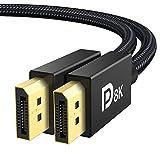