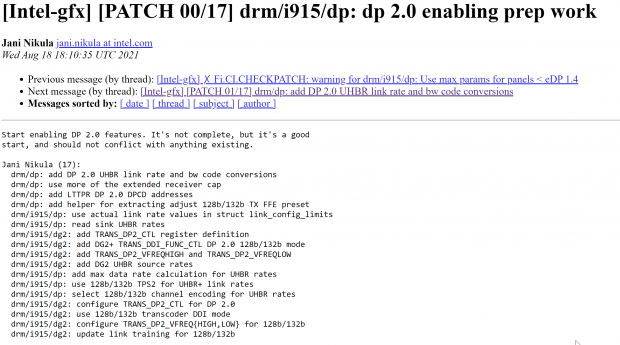 Intel's first-gen ARC graphics cards are codenamed "Alchemist" and will support DisplayPort 2.0, which supports some insane resolutions and refresh rates: we're talking up to 4K 240Hz and 8K 120Hz. The current HDMI 2.1 standard which was only supported by AMD's new RDNA 2 and NVIDIA's new Ampere GPU architectures, supports only 4K 144Hz and 8K 60Hz maximum.

The news of DisplayPort 2.0 support comes from something Phoronix spotted, with the DG2 GPU family of cards mentioned in patch notes for the i915 kernel display driver. This isn't instant DP2.0 support, but rather that engineers are working on it right now -- and that when Intel's new ARC Alchemist launches, the cards will have support for the new DisplayPort 2.0 standard. 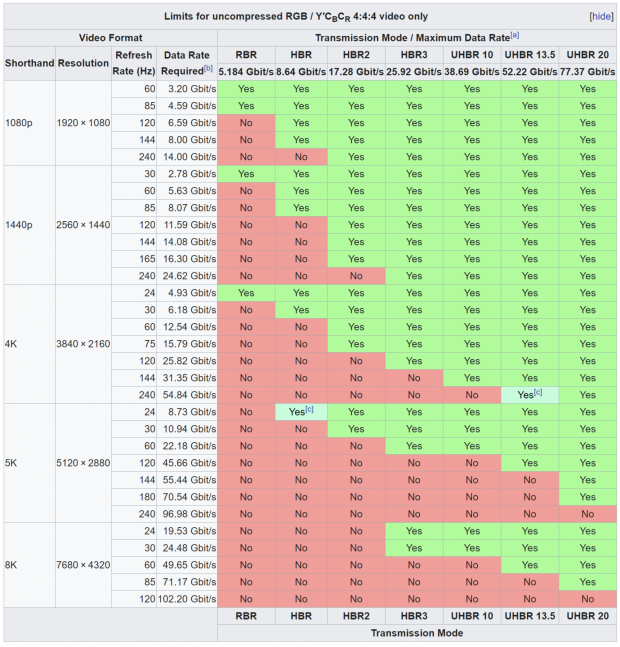