Russia announced its launch of a small military satellite on Saturday, October 15, which will be controlled by Russia's Ministry of Defense. 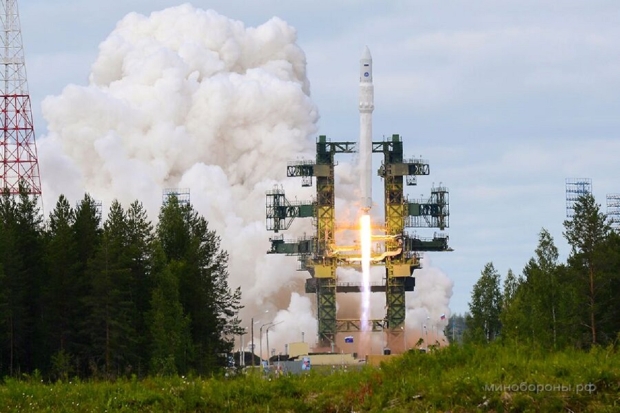 Roscosmos, Russia's space agency, which is the equivalent of NASA, took to Telegram to announce that an Angara rocket launched from Plesetsk Cosmodrome in northwestern Russia Saturday at 3:55 p.m. The rocket was carrying a small satellite that the agency is calling EMKA-3, which was assigned the serial number Kosmos-2560. According to reports, the satellite is estimated to be approximately 330-pounds and is on its way to a sun-synchronous orbit of approximately 190 miles above Earth.

EverydayAstronaut has reported that not much is known about the EMKA series of satellites, with rumors indicating that they are optical reconnaissance spacecraft. However, that has hardly been confirmed by Roscosmos or Russia's Ministry of Defense, and it's likely to stay that way. Notably, Russia has now launched three of these EMKA satellites, the first was launched in 2018 but eventually fell back to Earth. Russia followed up by launching two more in September 2021 and April 2022. However, both of those reportedly fell back to Earth after a month of service.

"At the estimated time, the spacecraft was launched into the target orbit and accepted for control of ground facilities of the Russian Ministry of Defense. The spacecraft was assigned the serial number Kosmos-2560. A stable telemetry connection has been established and maintained with the spacecraft, its onboard systems are operating in the normal mode," said Roscosmos in a telegram update that was translated by Google Translate.

It's unclear if the recently launched EMKA satellite is a replacement for the ones lost in the past or has a new purpose entirely.