Nintendo Switch Online (launched in 2018) has generated nearly $1 billion in revenues throughout 2021, new documents from Brazilian regulator CADE have revealed. 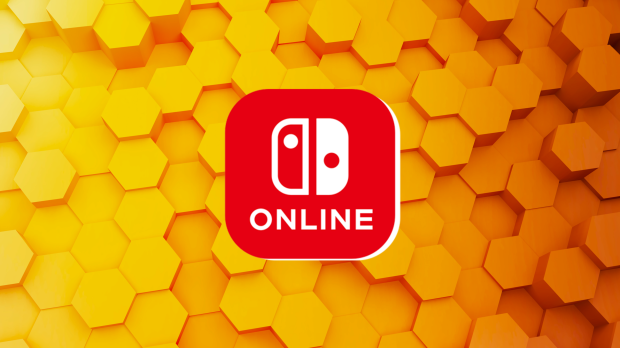 Brazil's government competition watchdog CADE recently approved the Microsoft-Activision merger. The regulator published a sizable 76-page document detailing how it made its determination, revealing valuable data points in the process. CADE's report revealed how much Xbox Game Pass made in 2021, for instance, showing that the service is a meaningful contributor to Xbox revenues.

The report also revealed figures for Nintendo's Switch Online subscription service. It's important to note that the figures are based on information provided by the claimants in the merger proceedings, who in this case has been identified as Microsoft. 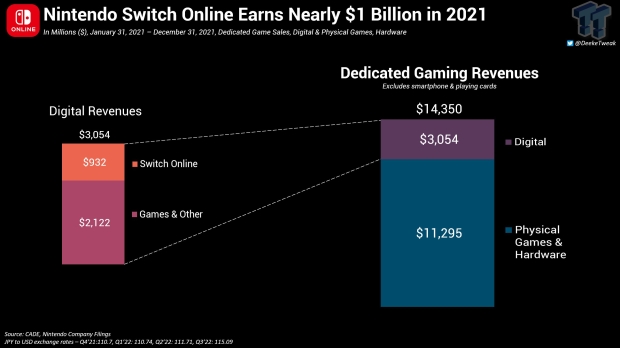 According to the data, Nintendo Switch Online made $932 million in 2021 and made up 10-20% of the total multi-game subscription market on consoles. That's up against Xbox Game Pass, which made 30-40% at $2.9 billion revenues, and PlayStation, who made up 40-50% of that market.

(It is a bit strange how Nintendo's estimated earnings were provided but not PlayStation's). 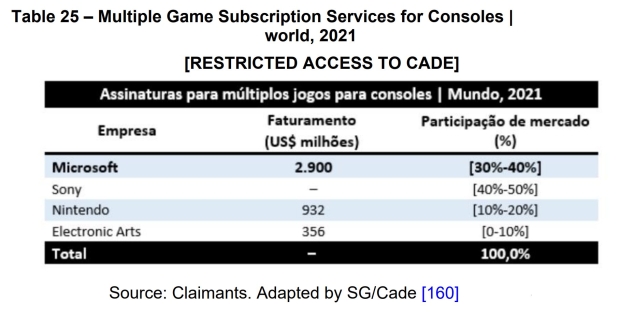 Based on public data made available by Nintendo and compiled by TweakTown, the Switch Online service made up 31% of Nintendo's total digital revenues ($3.054 billion) and just 8% of the company's overall dedicated video games earnings ($14.350 billion). 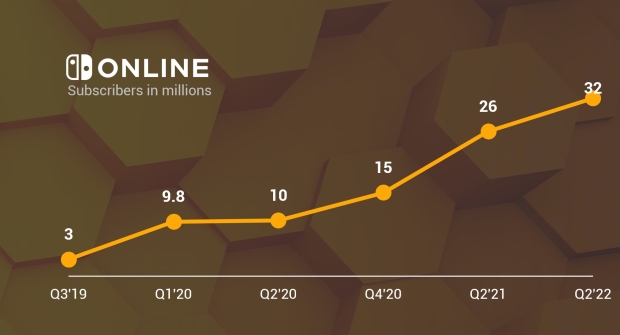 At $3.99 a month and $19.99 a year, The service is the cheapest month-to-month and year-to-year subscription service in the multi-game subscription market. 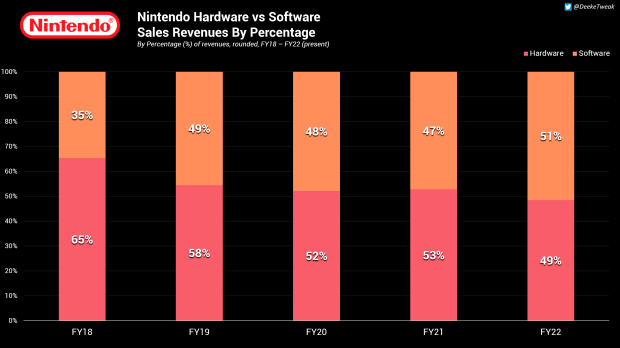 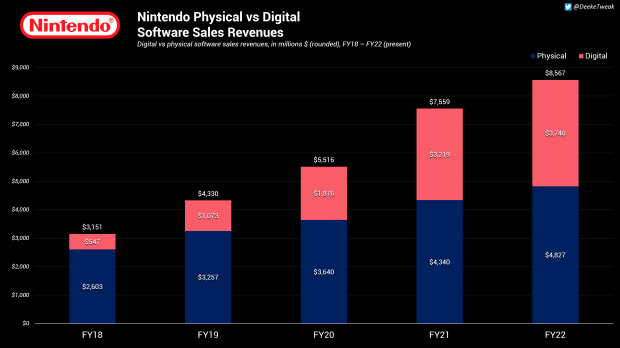 It's important to note that Nintendo still isn't as reliant on digital as Sony and Microsoft is. Nintendo is a kind of anomaly in that it consistently makes most of its revenues from hardware and physical products.

Microsoft and Sony, conversely, make most of their gaming revenues from game sales and services; Sony in particular generates most of its video games earnings from add-on content (over $7 billion in FY21), which includes microtransactions, DLC, and expansions.