Microsoft's cloud gaming plan is accelerating and will help the nascent market mature on a mass market level. 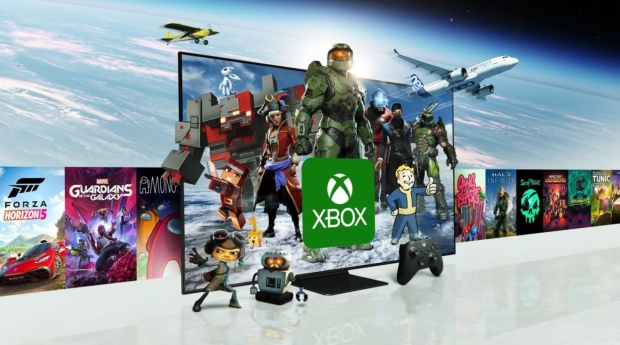 Xbox's cloud gaming platform is evolving. Today Microsoft revealed two key developments that will help push cloud adoption, reach, and access to new levels. One announcement was actually a tease--Xbox boss Phil Spencer showed what appears to be an unannounced Xbox device, which is believed to be the often-rumored Xbox streaming box aimed at delivering console-free gaming through cloud gaming.

The other development seems small but is actually pretty big. Microsoft has added the ability to launch cloud games from its search engine Bing. If a game is offered on Xbox cloud streaming, searching for the game will bring up a dedicated play button that opens up a streaming link on the Xbox mainsite. Within two clicks, Game Pass Ultimate can jump right into a game via the browser.

These aren't the only recent big milestones in Microsoft's cloud gaming initiative.

Microsoft is bringing native xCloud streaming to TVs via the Game Pass app, which is coming to select TVs as a dedicated app. The initiative started in June when the Xbox Game Pass app appeared on the Samsung Gaming Hub.

This way gamers can access Xbox cloud games directly from their TVs without owning any Xbox hardware (except for a controller, of course).

Then there's the implications of Xbox's upcoming ad tech program, which could be folded into Game Pass and cloud streaming to offer lower-cost (or even free) access to specific games.

Bringing cloud game streaming to all devices is critical for mass-market adoption. xCloud streams to every platform: Directly in-browser, which is something that PlayStation Plus does not do (the app is required for PS Plus), on mobiles (again, PS Plus does not support this), and consoles.

The most interesting part is how cloud streaming is a natural extension of Microsoft's video games business in terms of value-oriented subscriptions and digital revenues. Many of the games offered on xCloud streaming support in-app purchases, and the subscription itself is geared more towards an extension of dedicated play--e.g. while commuting to and from work, playing a session while you're on a break, etc.

Read more: Microsoft's xCloud streaming is a boon for discovery and game sampling