NASA's Juno spacecraft has flown past Jupiter's moon Europa, snapping images that it has now relayed back to Earth for public viewing. 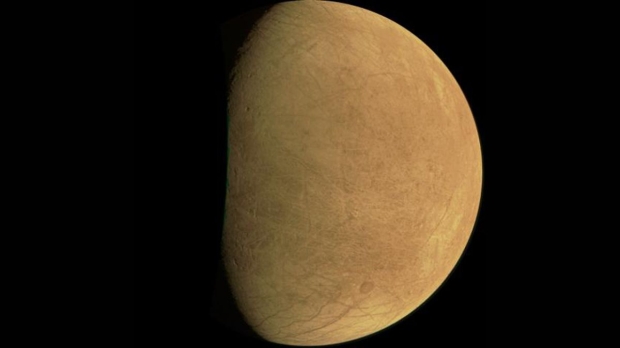 The fly-by of Jupiter's sixth-closest moon to the planet was conducted on September 29, 2022, and during Juno's closest approach to the large moon, it came within 219 miles of its surface. As the Juno spacecraft flew past the icy object, it captured several images, marking the third time any spacecraft in history has come within 310 miles of its surface while also providing the closest look at Jupiter's fourth largest moon since NASA's Galileo flew past at an altitude of 218 miles on January 3, 2000.

NASA has taken to its Jet Propulsion Laboratory website to explain that Europa is the sixth-largest moon in the solar system and is just smaller than Earth's moon. However, Europa is very different from Earth's moon as researchers believe that there may be a salty ocean residing under its thick icy crust, which stretches for many miles beneath its surface. Moreover, researchers suspect that this salty ocean beneath Europa's surface may have the right conditions to support life.

Juno's first image of Europa throughout its September 29 fly-by. 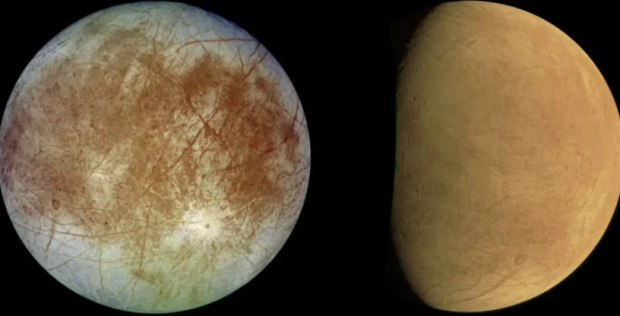 Left is an estimation of Europa's natural color taken by Galileo, and the right image was taken by Juno.

Juno's fly-by of the moon Europa has been deemed an overall success by the space agency, and as the spacecraft passed the moon at 14.7 miles per second, it collected what NASA writes as some of the highest-resolution images of Europa ever obtained with each pixel representing 0.6 miles of land. Furthermore, these images and data acquired will provide researchers with data on Europa's shell structure, interior, surface composition, and ionosphere, as well as the relationship between the moon and Jupiter's magnetosphere.

Researchers will be comparing the images recently captured by Juno with the images acquired twenty years ago to see if there are any noticeable changes in Europa's surface features. Additionally, the recently acquired images by Juno's fly-by will allow scientists to fill in and update the current geologic map of Europa, adding to and replacing the many low-resolution images of its surface. 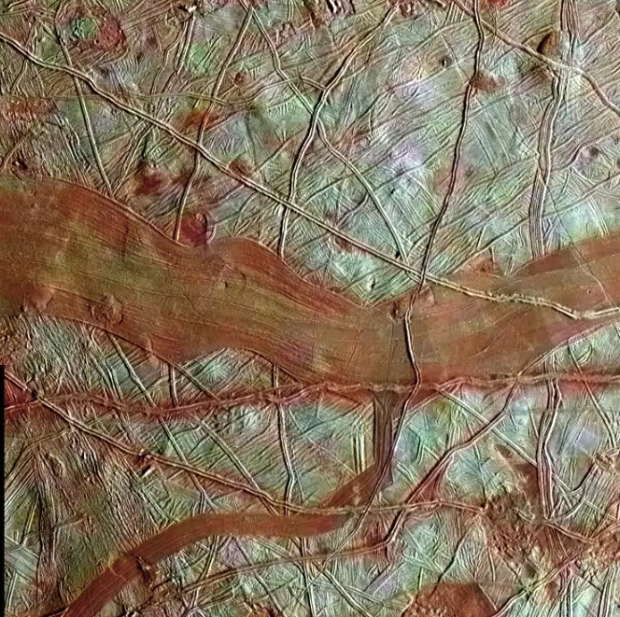 Europa's surface snapped by Galileo in 1997.

In other NASA news, the James Webb Space Telescope and the famous Hubble Space Telescope have both snapped unique views of the crash site for NASA's Double Asteroid Redirection Test (DART) spacecraft.