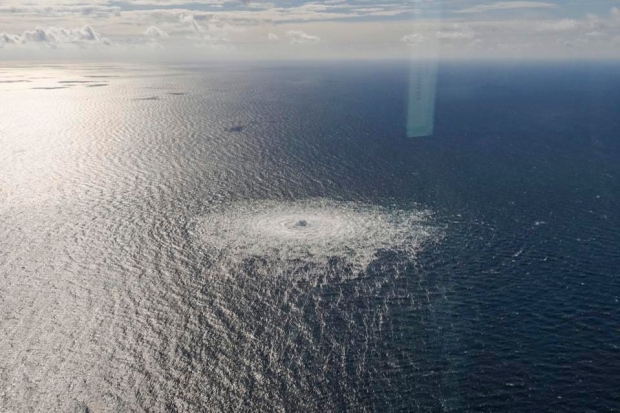 Researchers are rushing to attempt to measure the effects of the pipeline leak, but estimations are difficult to conclude as the situation is ongoing. What is known is that four major leaks have been identified so far and that European leaders have accused Russia of sabotaging Nord Stream 1 and Nord Stream 2 as a way to attack the West over its condemnation of Russia's invasion of Ukraine.

Experts are now sounding the alarm on the environmental impact of high amounts of methane gas leaking into the Baltic Sea. Bloomberg reports that a circle with a diameter of approximately 3,200 feet and growing has been spotted bubbling with natural gas pouring up from the below pipeline. Satellites have already been used to get a birds-eye view of the impacted area. According to Russia, the European leaders are "stupid" to suggest that the nation would destroy its own pipelines.

"Given that, over twenty years, a ton of methane has a climate impact more than 80 times that of CO2, the potential for a massive and highly damaging emission event is very worrisome. There are a number of uncertainties but, if these pipelines fail, the impact to the climate will be disastrous and could even be unprecedented," David McCabe, senior scientist at Clean Air Task Force, told Bloomberg.