Reports surfaced on September 27 that a key gas pipeline between Russia and Germany had sprung a leak resulting in methane gas spilling into the Baltic Sea. 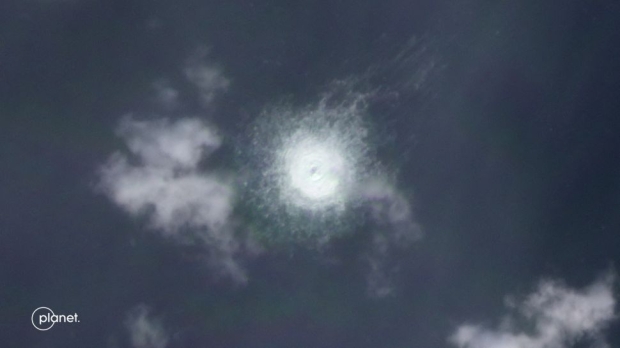 The two pipelines in question are called Nord Stream 1, and Nord Stream 2, and both run underwater in the Baltic Sea, providing gas to Germany from Russia. Sweden and Denmark have reported that a new major leak has been found, bringing the total number of identified leaks to four as of September 29. European leaders have accused Russia of sabotaging its own gas pipeline in an attempt to use gas resources as a weapon against the West.

BBC reports that European leaders have come together to agree that if any deliberate attack was discovered on either of the gas pipelines, it would be met with the "strongest possible response". San Francisco company Planet operates approximately two-hundred Dove satellites, which are small shoebox-sized Earth-facing satellites used to capture images of the Earth's surface. One of the Dove satellites captured the above image showcasing methane gas spilling into the Baltic Sea from the breached pipelines. 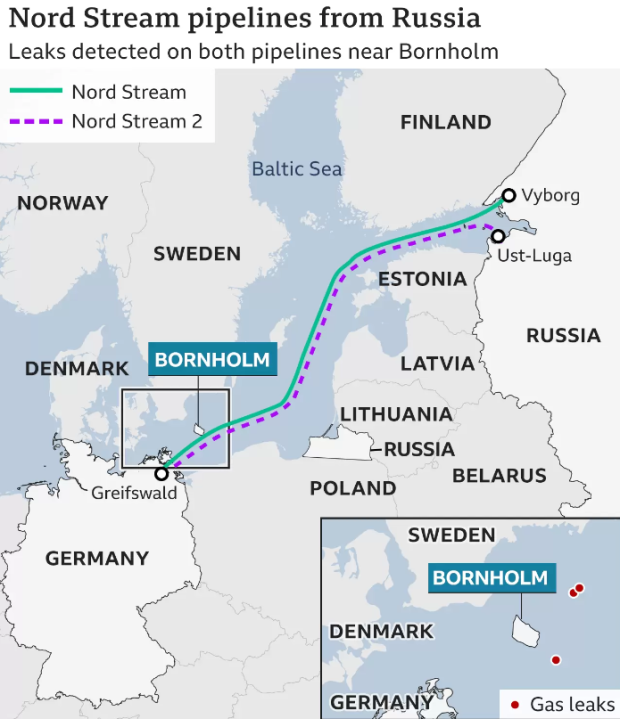 Nord Stream 1 pipeline stretches 745 miles under the Baltic Sea from the Russian coast near St Petersburg to north-eastern Germany.

European leaders also speculated that the Dove satellites captured the purported sabotaging of the gas pipelines. Furthermore, seismologists reported they detected explosions near the identified leak sites along pipelines on September 26, a day before the leaks were detected. Researchers and government officials have said that it would be an unlikely coincidence that both gas pipelines sprung leaks at the exact same time without any human intervention.

"There is no doubt that these were explosions," said Bjorn Lund of Sweden's National Seismology Centre.

In response to these claims from European leaders, Russian officials have dismissed any claims of sabotage, calling the accusations "predictable and stupid".

Andrei Kortunov of the Russian International Affairs Council, a Moscow-based think tank, spoke to BBC Radio 4 and said, "They always point finger at Russia but I think since it's the Russian property it would be not very logical for Russia to inflict damage upon it. There are other ways to make European lives harder. They can simply stop the gas deliveries without damaging the infrastructure."

Furthermore, it has yet to be confirmed who is responsible for the detected underwater explosions, if the pipelines were sabotaged, and by what nation. Investigations have been launched but can hardly be conducted until necessary repairs are made to both pipelines.