NASA has been concerned about astronauts conducting sexual relations during missions for quite some time, even to the point where the space agency officially prohibits sex and conception in space.

In a recent interview with The Daily Beast, Dr. Haig Aintablian, an emergency physician and fellow in space medicine at the University of California, Los Angeles, explained that there are good reasons why NASA bans sex in space, and its reasons aren't so astronauts are distracted from their duties. NASA bans conception in space simply because of the limited knowledge it, and other space agencies have about pregnant women working in space and the possible health impacts that would follow.

Humans have known for quite some time that space impacts the health of humans in various forms, hence NASA and other space agencies' enforcement of astronauts sticking to a rigorous workout schedule while aboard a long stay on the International Space Station (ISS). As for pregnancies, NASA and Russia's space agency Roscosmos have "limited success" in invertebrates and insects successfully conceiving offspring while in space. Scientists suspect that there would be limited impediments to human conception in space, but they don't know for sure.

What does concern researchers is the impact a space environment would have on the fetus and if those impacts would translate to birth defects or even loss of life. Impacts such as these would be radiation exposure and microgravity reducing blood flow.

"Microgravity and weightlessness can affect the overall health of astronauts. It can affect bodily fluids, such as blood flow, and lead to deconditioning. This includes, for instance, muscle atrophy and reduced bone density. In turn, this can potentially affect the sexual health and functioning of space inhabitants," said Dube.

Despite the various appropriate concerns for conception in space, Aintablian explained that the overall stance of sex in space will need to change in order for humans to spread to different planets, such as Mars. Aintablian illustrated a real argument for why sex in space should be prioritized, citing aspects such as improved mental health for astronauts, becoming multi-planetary, and a deeper acquired knowledge of the human body.

Despite the obvious benefits of learning if space sex is safe, Aintablian admits that there are quite a few more important things to do before space agencies venture down that path, but Aintablian says that "Humanity's first space baby" should be a celebrated moment and a "marker of humankind's greatest achievement." However, it should be done safely and with due diligence on the risks.

"I think the biggest obstacle we will have at first-aside from the obvious of surviving our journey to another planet-will be to keep the human psyche healthy. The feeling of aloneness, and a lack of normal physiologic bioindicators like a 24-hour-day, or even the lack of seeing trees and nature, will make this very difficult. Moving from Earth to a place like Mars is going to be like moving from an urban city like New York to Siberia. Having access to normal human things could help make things significantly more pleasant," said Aintablian.

Simon Dube, a sex researcher at the Kinsey Institute that recently published a paper arguing for space agencies to learn more about sex in space, said, "It is crucial to our well-being and long-term survival. The agencies and companies that accept this simple fact will gain a strategic advantage in our new age of space exploration." 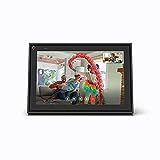