Logitech's new G Cloud handheld may be a hard sell to consumers who already have game-ready mobile phones. 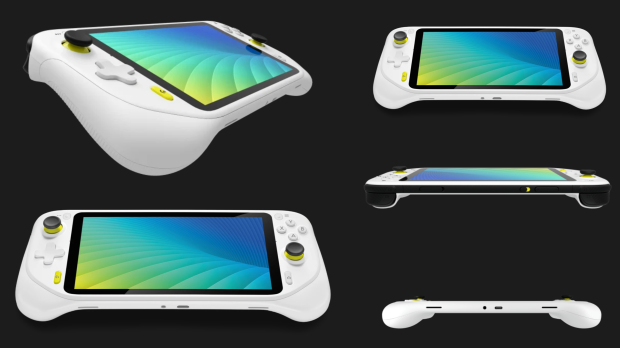 Today Logitech revealed its new G Cloud handheld that's aimed at merging cloud and mobile gaming together. It's a dedicated, ultra-light portable that runs Android games and connects to cloud services like Xbox Cloud Gaming, NVIDIA's GeForce Now, and Steam Cloud. With the Logitech G Cloud, gamers can play AAA games at 1080p 60FPS instantaneously through the cloud (if your Wi-Fi connection is strong enouhg) without buying or downloading the games.

However novel, the device seems redundant. These cloud services are already available on the millions of mobile devices that consumers already own. Overall the G Cloud is essentially a 7-inch tablet with a Snapdragon 720G SoC with controllers fused on the sides; consumers can replicate this with the myriad of slot-on hardware like the Razer Kishi, for example, while retaining full functionality of their mobile device (including cellular internet).

The G Cloud's price tag is a steep $349 (it's $299 if you pre-order now, but only for a limited time), which is $50 more expensive than a base Nintendo Switch and the same price as the more premium OLED model. It's also more expensive than an Xbox Series S, which is also compatible with cloud streaming and dedicated console gaming but lacks portability. It's also just $50 away from the digital-only PS5 ($399) and the cheapest Steam Deck 64GB model ($399), a beefy on-the-go PC-handheld hybrid that can download every Steam game that a consumer has purchased.

One of the biggest bonuses of the G Cloud is that it's designed specifically for cloud gaming, so it can last up to 12 hours (presumably when streaming games, not playing them locally). And yes, it does support local games downloaded on Google Play, but we've been told the list of supported games isn't yet finalized.

Why buy a G Cloud if you already have a phone that can run GeForce Now and Xbox game streaming? That's the real question that Logitech and Microsoft have to answer, and so far the reasons haven't been so compelling outside of a thin, portable, form factor that has good battery life.

The cost-to-value ratio isn't there, especially considering you can buy a Samsung Galaxy A72 with the same Snapdragon SoC and 6GB of RAM for $227.