During the recent GeForce Beyond broadcast, NVIDIA founder and CEO Jensen Huang said that the team has been testing Ada in the labs and have pushed it to some lofty limits. Jensen said: "we've overclocked Ada to past 3GHz in our labs".

We can expect some monster gaming performance from the RTX 4090

NVIDIA's new GeForce RTX 4090 graphics card is a monster, where it's up to 2x faster than the GeForce RTX 3090 Ti thanks to Ada Lovelace's new DLSS 3-ready AI upscaling technology. The next-gen AD102-300 GPU features 16384 CUDA cores and a GPU boost clock of 2.52GHz with 24GB of GDDR6X memory clocked at 21Gbps bandwidth on a 384-bit memory bus for 1TB/sec+ memory bandwidth.

The purported GeForce RTX 4090 graphics card with the leaked 3GHz+ overclock and 3DMark results saw the GPU running at 65C, even with the 3015MHz GPU boost clock. We don't know the power numbers for the RTX 4090 overclocked used here, but I definitely can't wait to see what numbers we'll be looking at. 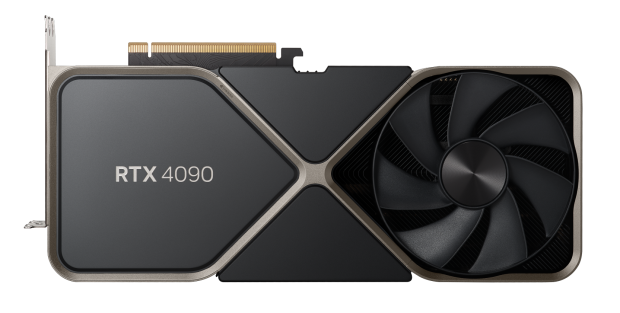 But the NVIDIA CEO himself saying they've been overclocking Ada to 3GHz in their labs means that the rumors were true, and that we can expect custom AIB designs of the new GeForce RTX 4090 to hit 3GHz and hopefully beyond. I wouldn't go expecting 3.5GHz or 4.0GHz but that's something AMD is reportedly looking at with its new Navi 31-based Radeon RX 7900 XT graphics card.

AMD's new RDNA 3-based Radeon RX 7900 XT has been rumored for up to 4.0GHz GPU clocks, with leaker Moore's Law is Dead saying his sources teased that AIB partners are going to clock the next-gen Navi 31 GPU "to the moon" on custom Radeon RX 7900 XT designs.

The fight of 3GHz+ GPUs is happening... now let's see where the final GPU clocks fall, and where the power numbers are between AMD and NVIDIA for RDNA 3 and Ada Lovelace GPU architectures and new Radeon RX 7000 series and GeForce RTX 40 series graphics cards. Man, I can't wait.