Halo Infinite has a big untapped PVE market that could facilitate an interesting expansion for the series. 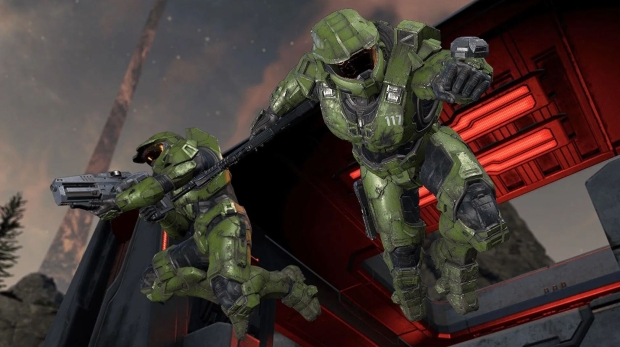 343 Industries is going all-in on multiplayer. The studio cancelled Halo Infinite's split-screen co-op and are about to ship online co-op play. 343i is currently in the midst of a massive overhaul and executive shake-up; the devs have outlined a new five-part strategy that will frame its future work and came under new leadership. 343i founder Bonnie Ross has left, and Pierre Hintze, who is largely known for "saving" Halo MCC, is now at the helm.

So what's next? Probably not much until multiplayer is fixed; MP is the only way to make money from Infinite so that takes precedence. But what if 343i went another way and tried to make money from campaign, too? What if Halo-as-a-service included social PVE content as well?

Halo modders recently got 6 player campaign co-op running in Halo Infinite. The frame rates are choppy and the content isn't quite stable, but it's still a playable look at what could still be a very fun and engaging part of Halo's future.

The video brought to mind something I've wanted for a long time: True online PVE expansion content. Halo has really only ever been served in this way with smaller-scale things like Firefight and Halo 4's Spartan Ops. These modes were great--the latter being like little replayable campaign missions--but we haven't seen anything truly befit of a live service.

What if Halo Infinite managed to get expanding, live-driven PVE content? What if gamers could work together throughout Infinite's massive playground to take on enemies outside of the normalized scope of campaign, possibly with themed live events, new enemies, new areas, and maybe even new weapons?

It's a lot of work and represents tremendous effort and investment for something that isn't as tried-and-true as multiplayer revenues. But Microsoft's impending acquisition of Activision-Blizzard could give a lot of wiggle room for Halo to experiment and find its own way again.

Right now Infinite is held back and mired by the current business trends of the games market, e.g. battle passes and cosmetic monetization mechanisms that feed the live games market. The main issue is that 343i is not proficient or well-versed in these models, and that there's a number of key issues behind the scenes...but what if 343i were given a lot more freedom to do interesting and fun things without having to constantly worry about monetization at every turn?

This entire idea is pretty much based on the age-old question: Will gamers actually pay for Halo PVE content? I know I would...but it's a very tough question to answer.

With any luck 343i will at least see these awesome clips and try to make some new campaign content after multiplayer and Forge are finished.