Microsoft could be working on some new gaming-focused Surface products, with a new Surface Gaming laptop teased in some fresh rumors from Prime Gaming, with a spec sheet on the purported new gaming laptop leaked.

The new Microsoft Surface Gaming laptop should roll out with a 16-inch PixelSense Flow Display, with a native resolution of 2560 x 1440 (1440p) and refresh rate of 165Hz as well as Dolby Vision support. The spec sheet suggests Microsoft will be offering the option between mid-range and higher-end Intel 12th Gen Core "Alder Lake" mobile CPUs. Microsoft will reportedly offer two options: Core i7-12700H (14-core) or the Core i5-12500H (12-core). 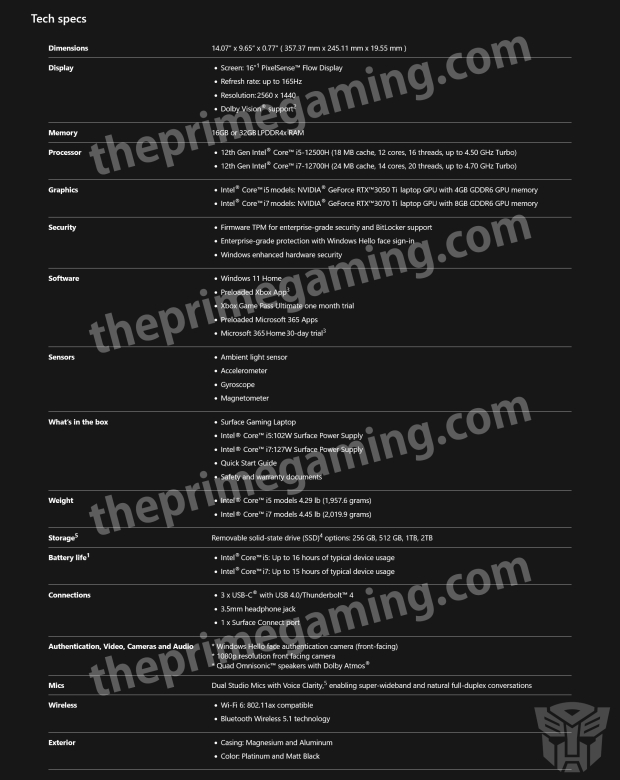 Microsoft is using a 102-127W power supply alongside that up-to-16-hours battery inside of the Surface Gaming laptop, with I/O including 3 x USB 4.0 / Thunderbolt 4 Type-C ports, a 3.5mm headphone jack, and a Surface Connect port. Microsoft is also supporting connectivity options like Wi-Fi 6 and BT v5.1.

As for the reveal, Microsoft could choose CES 2023 in Las Vegas which kicks off in the first week of 2023 for its Surface Gaming laptop. 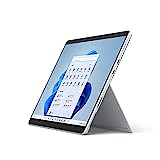