Activision today confirmed that Call of Duty Warzone Mobile is indeed happening, and that more information is coming during its COD Next event on September 15. 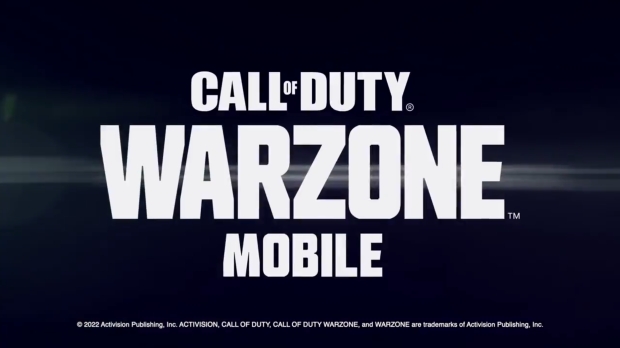 Call of Duty Warzone is the most important thing Activision has ever done. It's the purest proof-of-concept of Activision-Blizzard's costly new four-part plan, which sees more emphasis on live services, free-to-play, mobile games, and premium releases. Activision makes far and away most of its money from microtransactions and live games, and Warzone helped significantly boost its revenues since launching in 2020--in fact, Warzone helped Call of Duty make a record $3 billion in 2020.

Now after amassing over 100 million players on consoles and PC in less than a year, Warzone is coming to gaming's largest market: Mobile. Activision has formally announced Call of Duty Warzone Mobile as a rather sizable release that sees multiple studios working on the project. Four of Activision's studios are coming together to make Warzone Mobile including Beenox, Solid State Studios, Activision Shanghai and Digital Legends.

"Our core experience here is to bring Warzone to mobile for the first time, and that has a lot of interesting challenges to it because the scale and ambition that Warzone has always had... we want to do that justice."

Warzone remains one of the most powerful things in the Call of Duty franchise because it connects multiple mainline games together in an easily accessible, heavily-monetized and engaging form. Activision has put considerable effort into creating regular seasonal content for Warzone, and has transformed it into a Fortnite-like meta playground with big action crossovers like Rambo and The Terminator. 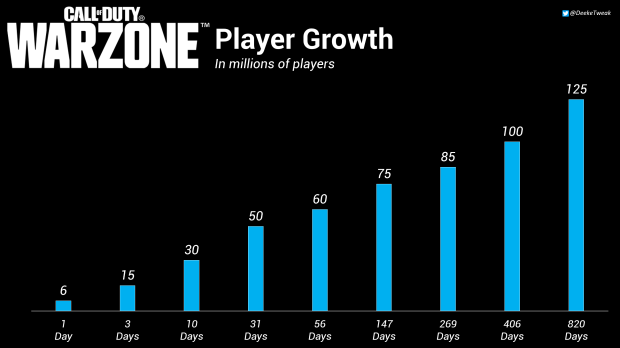 Warzone has amassed over 125 million players worldwide since launch.

As a result, Warzone helped Activision make $4.8 billion in its first year on the market in 2020. Data indicates that there are roughly 1 - 3 million people logging into Warzone and playing every day, and that number could dramatically increase with a F2P mobile version that sits alongside the existing Warzone and the upcoming Warzone 2 release planned for Modern Warfare 2.