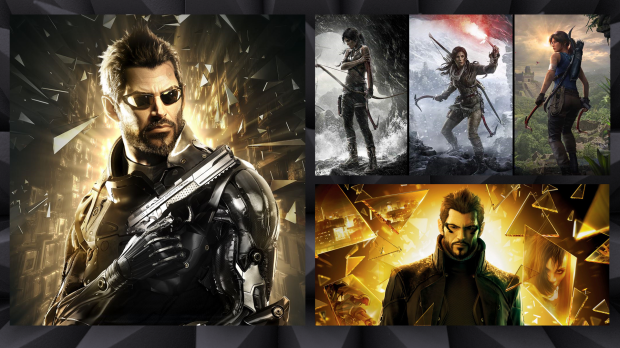 Today is a big day for The Embracer Group and its newly-acquired studios, Eidos Montreal and Crystal Dynamics. The duo were previously owned by Square Enix, who notoriously shed its Western games division so it could double-down on more guaranteed hits and more tightly control budgets after major flops like The Avengers, which reportedly lost the publisher $200 million.

Now both studios have full creative control over major franchises--some of which have been on ice for many, many y ears. Crystal Dynamics has taken control over Tomb Raider and Legacy of Kain, and has begun pre-production on a new Tomb Raider game built in Unreal Engine 5. Eidos Montreal is now free to make more Deus Ex games--a big deal considering Mankind Divided's ending--and even jump back into the Thief franchise.

"To put things simply, the big change is that Eidos-Montreal (or its affiliates) is now the owner of the games it developed, like the Deus Ex and Thief games, and the controller of the data obtained from the various gameplay metrics tracked in its titles," Eidos Montreal announced on its website.

"We are excited to inform you that Crystal Dynamics has taken control of several game franchises-including TOMB RAIDER and Legacy of Kain-from the games' previous owner, Square Enix Limited," Crystal Dynamics said in a blog post.

"As a result of this change, Crystal Dynamics (or its affiliate) is now the owner of these games and the controller of the gameplay and personal data related to them."