The new Tomb Raider game will be tapping next-gen Unreal Engine 5 technology, in an announcement from developer Crystal Dynamics. 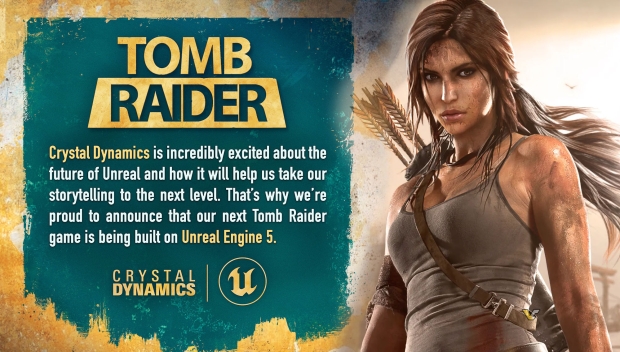 The two previous Tomb Raider games from Crystal Dynamics -- Rise of the Tomb Raider, and Shadow of the Tomb Raider -- used their in-house Foundation Engine. This marks another big developer shifting away from their in-house engine, and into the warm arms of Epic Games and its new Unreal Engine 5 technology. The Witcher developer CD PROJEKT RED recently announced that it is working on a new Witcher game using Unreal Engine 5.

The developer explained: "Crystal Dynamics is incredibly excited about the future of Unreal and how it will help us take our storytelling to the next level. That's why we're proud to announce that our next Tomb Raider game is being built on Unreal Engine 5".