We reported recently that Sony had some upgraded PlayStation 5 models going into the wild, but now they're hitting shelves in Australia and we are finding out just what makes them different... and you'd be surprised at the work Sony is putting into updating the PS5 design without bragging about it. 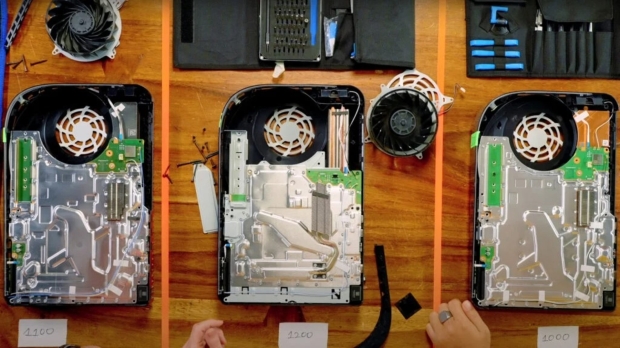 The new Sony PlayStation 5 model "CFI-1200" has been picked up and received the usual teardown treatment from YouTuber Austin Evans, where inside we find out about the new PS5 "CFI-1200" consoles and that they are not just much lighter -- which makes shipping millions of pounds less per year a big deal for Sony -- where we also find that the new PS5 models use less power, and they're also rocking a "totally different" motherboard.

The video details that the SSD enclosure has a "better" shield, while the motherboard has been tweaked, as too has the heat sink inside of the updated PlayStation 5 console that makes the reduction in weight very, very welcomed. Austin tested the PlayStation 5 models CFI-1000 vs CFI-1100 vs CFI-1200, where the launch version of the PS5 was using 218W of power, the 2021 version of the PS5 consumes around 229W of power, while the new CFI-1200 model is using only 201W of power in comparison. 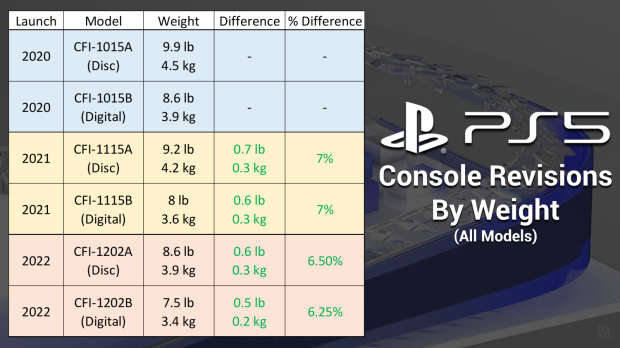 If you already own a PlayStation 5, there's nothing here that would make you rush out and buy it... but if you haven't already purchased a PS5 then the new "CFI-1200" model is worth buying it seems.

We did hear all the way back in May 2021 that Sony's refreshed PlayStation 5 would use a newer AMD APU made on TSMC's newer 6nm process node, compared to the 7nm process node that the custom APUs that are inside of the PS5. Back then, we were reporting that TSMC's upcoming N6 fabrication technology had 18% higher logic density over the N7 process while offering the same performance and power consumption.

TSMC notes that its new 6nm process node "leverages new capabilities in extreme ultraviolet lithography (EUVL)" that was gained by N7+ and that developers of chips on N6 -- like Sony and the updated PS5 "CFI-1200" model -- to re-use the same design ecosystem.

Sony's new PlayStation 5 model "CFI-1202B" has hit the shelves of Australian retailers, with Japanese retailer GEO confirming the new CFI-1200 model PS5 is coming on September 15, so there shouldn't be too much longer to wait. The chip shortage is still having major effects, as well as the usual shipping issues (with everything these days, not just the new PS5 "CFI-1200" models). 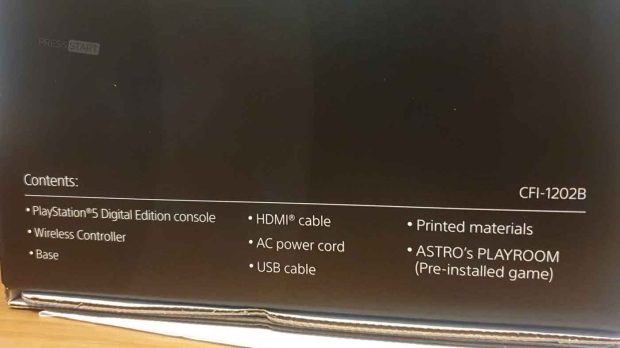 The retail packaging of the updated PS5 model "CFI-1202B" console