Intel has just detailed its XeSS technology that will be launching alongside its upcoming Arc GPU desktop graphics card family, which drops next month. Ahead of that, we've got some juicy new details on Intel's upcoming XeSS upscaling tech.

XeSS on "Balanced" was running Shadow of the Tomb Raider at around 60-80FPS for the most part, while natively, the Intel Arc A770 was pushing out less than 60FPS, and spent most of its time at 40-50FPS or so. 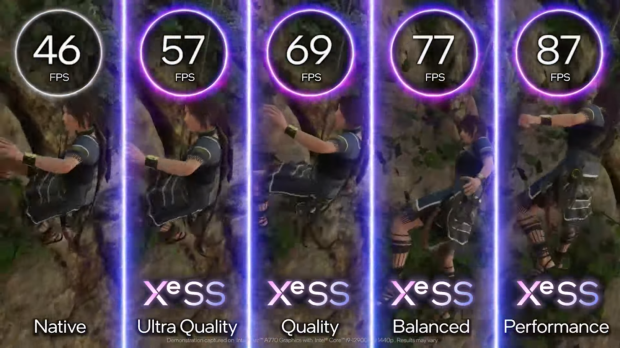 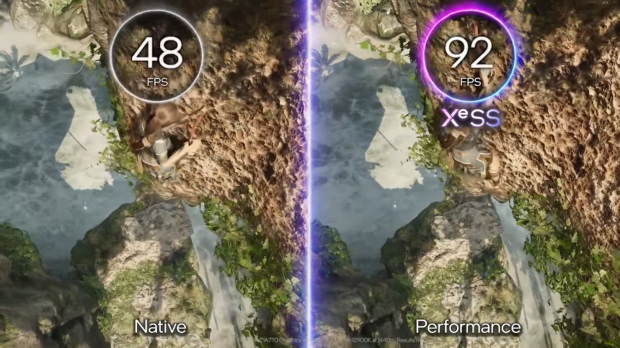 The key here is that XeSS was set to "Balanced" which provides "decent visuals and performance levels" while there's also the "Performance" preset if you wanted the "best performance" that pushes performance up to 87FPS average.

Intel released some benchmark charts looking at the performance running 2560 x 1440 with XeSS enabled and set to both "Balanced" and "Performance" modes, as the company isn't sharing performance metrics on the "Quality" and "Ultra Quality" presets of Intel XeSS. 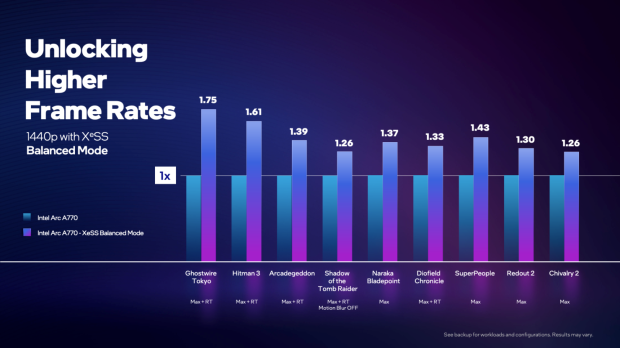 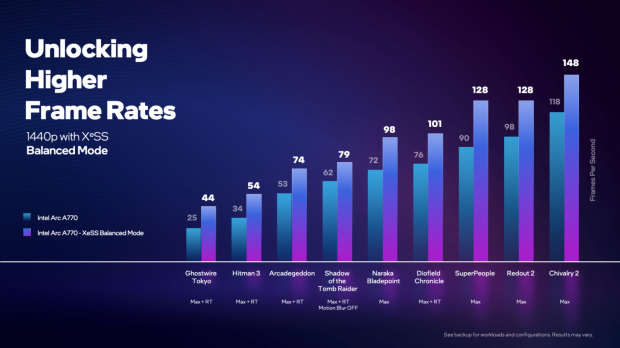 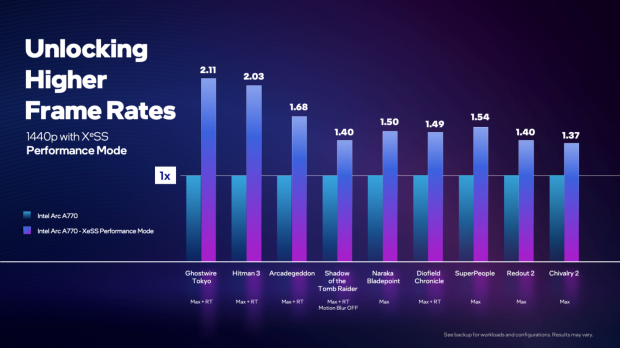 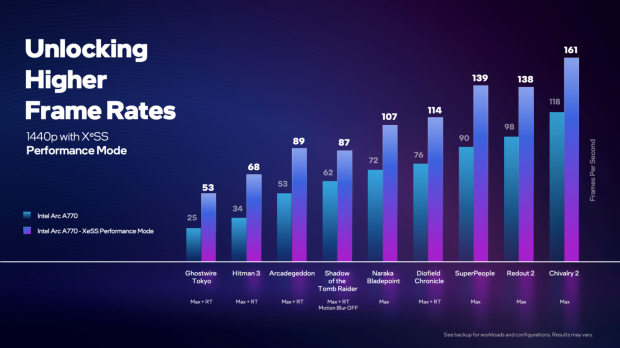 This is where the more impressive Intel Arc A770 performance metrics come from: 25FPS to 53FPS in Ghostwire Tokyo with XeSS set to "Performance" mode, 34FPS to 68FPS in Hitman 3, and 62FPS to 89FPS in Shadow of the Tomb Raider.

Intel also announced it has teamed up with UL, the company behind the infamous 3DMark, on a new tool called the XeSS Feature Test... which isn't exclusive to Intel Arc GPUs but rather will work with other GPUs to show users what the benefits of XeSS can be. There will be a visual comparison so you can see a side-by-side comparison, where the benchmark itself will let you run it in the 4 x XeSS presets (Performance, Balanced, Quality, Ultra Quality). 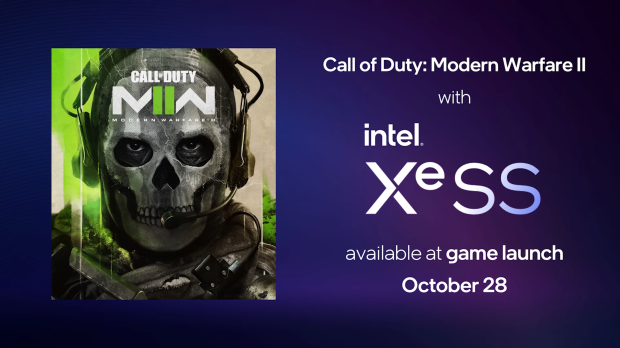 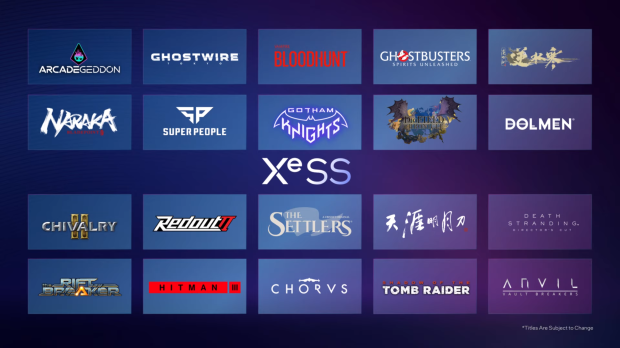