Atomic Heart gets a new combat trailer that shows off impressive combat, creative bosses, and a unique world.

Atomic Heart is kind of a rare breed. Developed by Russian studio Mundfish, the game is an eclectic mix of Fallout, BioShock, Dead Island, and even Call of Duty elements. It's like someone put all of these franchise into a blender and injected some off-the-wall carnage and explosive combat to deliver what looks to be one of the most fun games in the last few years.

The new combat trailer exposes a lot of the fun factor the game should offer, including awesome powers that can deliver destructive combos, tons of guns that unleash pure mayhem, and a rather enjoyable 1950s sci-fi style that both embodies the idealistic retro futurism and blends the harsh industrial hardness of the Soviet Union. Throw in some interesting enemies, hulking automaton bosses with the hammer-and-sickle stamped on them, and other strange robots and there's a unique recipe that could cook up something special.

Mundfish hasn't assigned a release date to Atomic Heart just yet but it's coming late 2022. Check below for more info:

Prepare for the fight of your life. Choose optimal tactics for each unique opponent and use everything you can get your hands-on, from the special abilities provided by your combat glove to heavy weapons of mass destruction. Combine defensive and offensive skills, interact with your environment, and keep an eye on the enemy to ensure victory. With a wide range of upgrades for all firearms and melee weapons, you can crush anyone who stands in your way. Get ready - this is going to hurt! 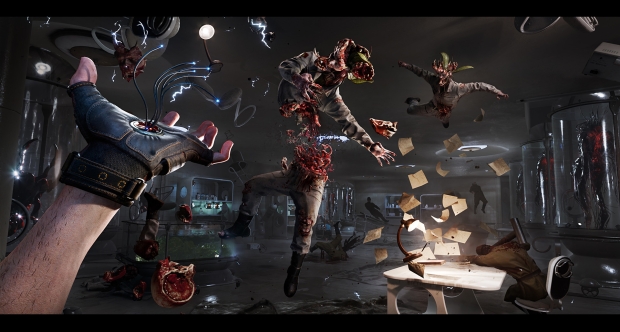