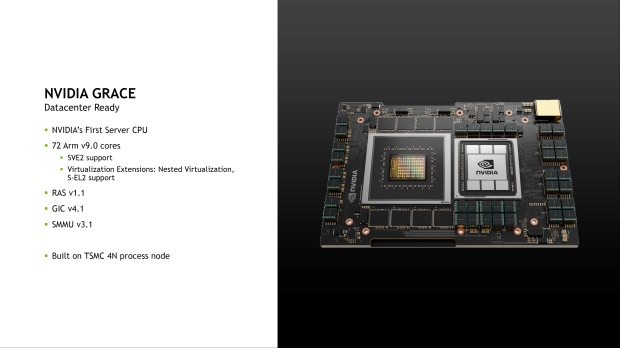 NVIDIA designed its new Grace CPU to be used in conjunction with its C2C (Chip-To-Chip) interconnect, where NVLINK is used to make the Superchips, removing all bottlenecks that you'd get with regular cross-socket configurations. 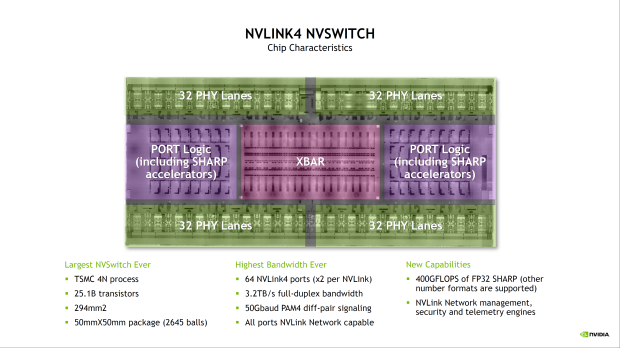 NVIDIA's new C2C NVLINK interconnect feeds 900GB/sec of raw bi-directional bandwidth (the same bandwidth a GPU to GPU NVLINK switch on Hopper H100 has) while sipping on power with only 1.3 pJ/bit: 5x more efficient than the PCIe protocol. 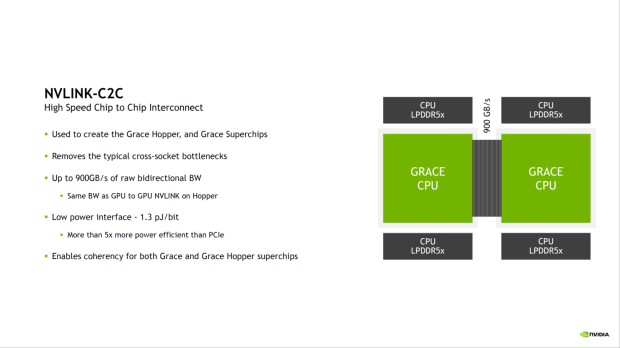 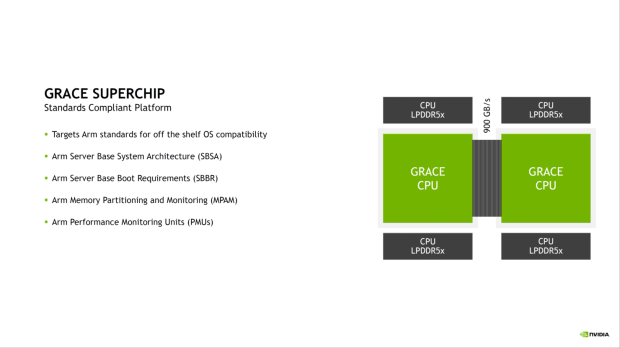 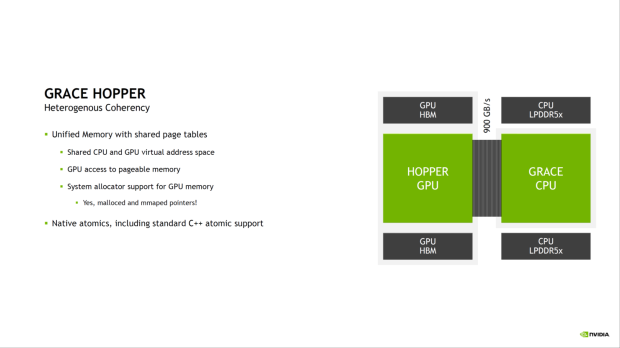 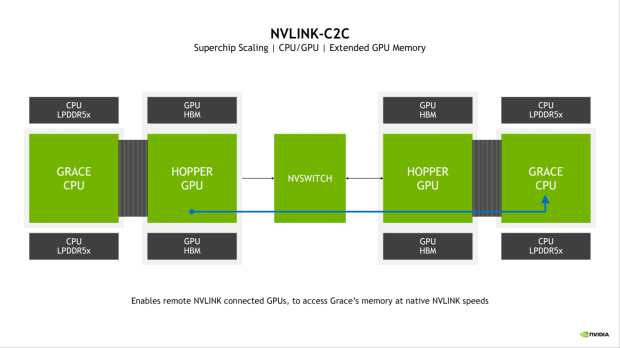 The new NVIDIA Grace CPU has scalable coherency fabric with a distributed cache design, where NVIDIA's new chip is feeding up to 3.225TB/sec of bi-section bandwidth. The CPU is scalable beyond 72 cores (144 cores on the Superchip) with 117MB of L3 cache, and support for Arm memory partitioning and monitoring (MPAM). 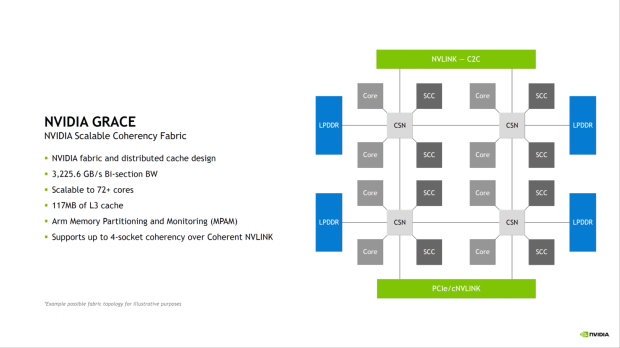 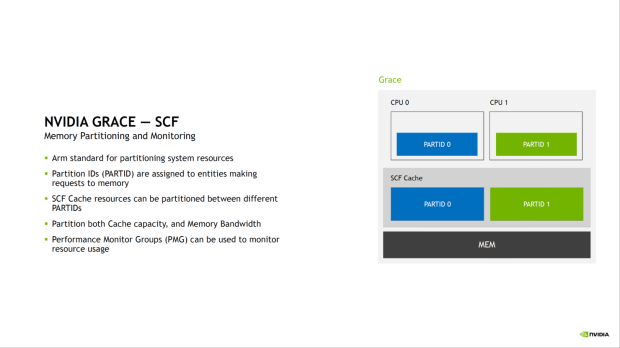 NVIDIA's new Grace CPU has a unified memory architecture with shared page tables, so that two NVIDIA Grace + Hopper Superchips can be interconnected through an NVSwitch and a Grace CPU on one Superchip can directly communicate to the GPU on the other chip... it can even access its VRAM at native NVLINK speeds. 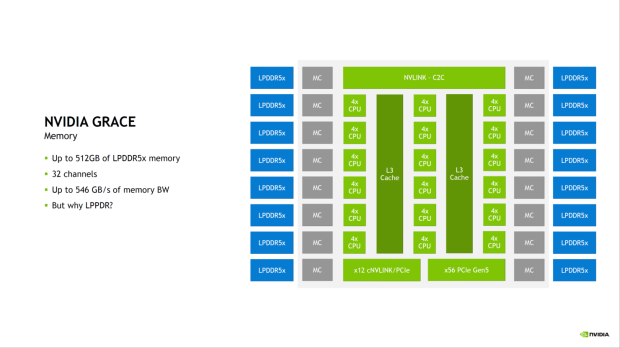 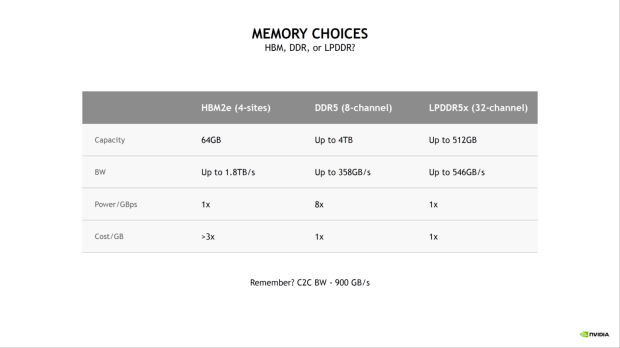 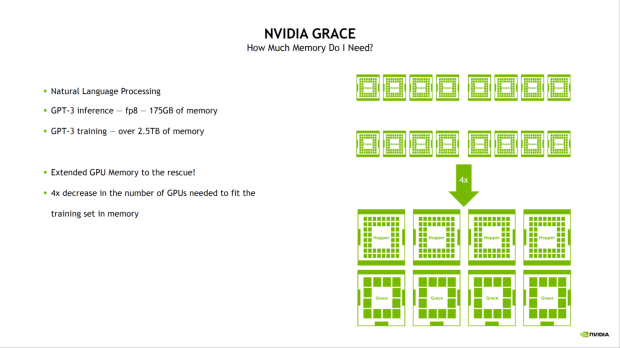 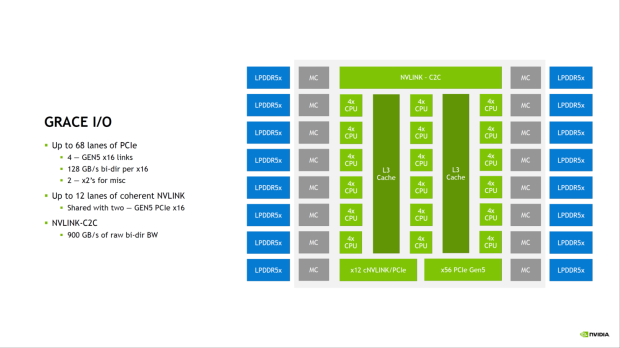 NVIDIA's new Grace CPU Superchip is optimized for single-core performance, offering up to 1TB/sec of memory bandwidth and a 500W TDP for the 144-core dual-chip configuration. NVIDIA underlines that its new Grace CPUs are a highly specialized processors that are built for workloads like next-generation NLP models with over 1 trillion parameters. 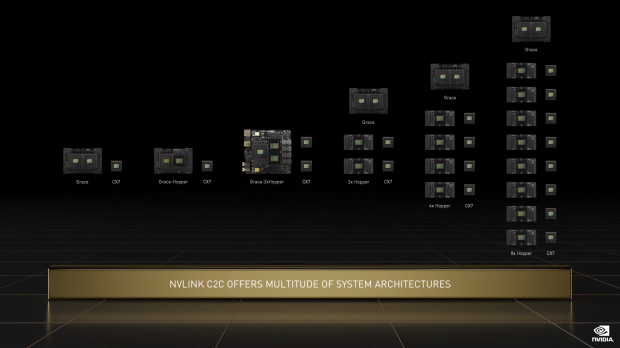