The new NREL Kestrel supercomputer details have been unveiled, with the National Renewable Energy Laboratory (NREL) division of the US Department of Energy (DOE) packing some serious horsepower into its new supercomputer. 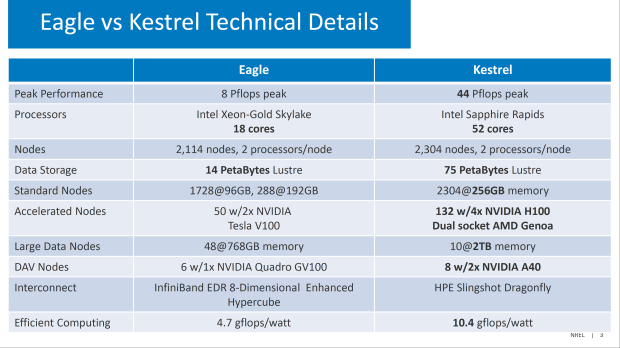 We're looking at a Minajatwa of silicon between Intel Sapphire Rapids Xeon CPUs, AMD EPYC "Genoa" CPUs, and NVIDIA H100 GPU accelerators. We have 44 petaflops of peak compute performance, up from just 8 petaflops on the previous-gen Eagle supercomputer.

CPU upgrades are big: Intel Sapphire Rapids Xeon CPUs with 52 cores, 112 threads each -- up from the 18 cores and 36 threads from the Intel Xeon-Gold Skylake CPUs in the Eagle supercomputer.

There are 2304 standard nodes with each node rocking 2 processors in a dual-socket configuration, meaning we have a total of 4608 Intel Sapphire Rapids-SP CPUs and a total of an insane 239,616 cores and even-more-insane 479,232 threads... yeah, you're reading those numbers right. 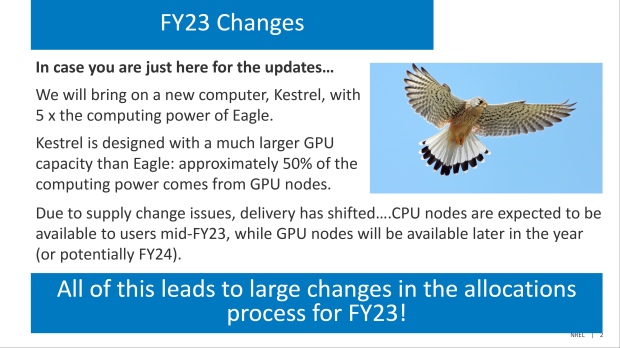 We've got 75PB (petabytes) of Lustre storage, while each of the 2304 nodes will have 256GB of DDR5 memory, with the Kestrel supercomputer rocking a total of 560PB of RAM. 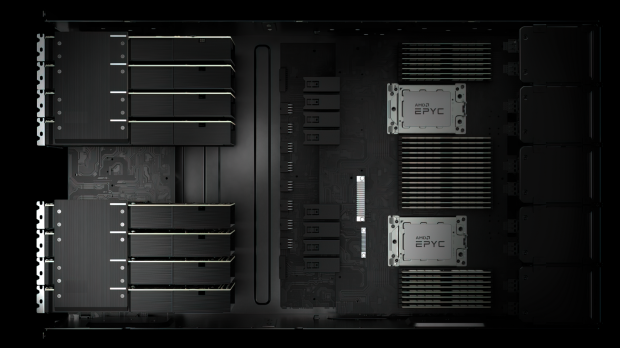