LG Display has announced the very largest OLED panel yet, with the introduction of its new 97-inch OLED.EX panel shown off at K-Display 2022 in Seoul, South Korea recently. 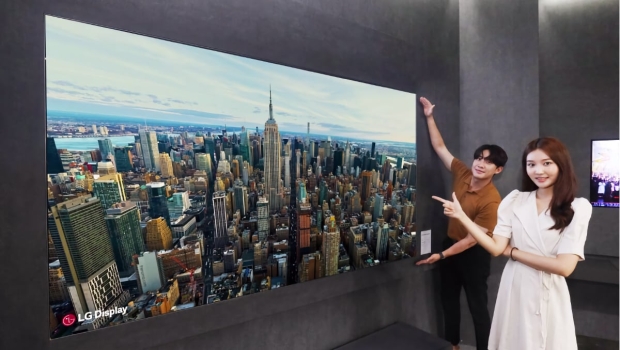 Not only does the new gigantic 97-inch panel blow your eyeballs away, but LG is including 5.1 channel surround sound built into the TV. Yes, built into the actual OLED panel is LG Display using Film CSO (Cinematic Sound OLED) technology, which uses a thin film exciter on the back of the panel, vibrating the display and creating audio without a built-in speaker. You don't even need a soundbar or surround sound system with the LG OLED.EX panel.

LG says that its new OLED.EX panel fixes the issues of lower peak brightness on OLED panels by converting hydrogen elements president in organic light-emitting elements into stable deuterium, which increases their stability and efficiency and lets them push out more light. But the gigantic 97-inch OLED.EX panel mixed with vibrating the screen to produce 5.1 channel sound with 'cinematic level of immersion' sounds pretty damn cool to me.

LG showed off its 48-inch bendable OLED gaming display at CES 2021, some 18 months ago now: with a 1000R curvature and "paper-thin screen" that provided more immersion for gamers... but the display is bendable: so it'll flex back to a flat OLED for when you don't want that bend during working or watching TV shows or movies on the 48-inch Bendable Cinematic Sound OLED (CSO) gaming monitor.

As for the new OLED.EX panel technology, LG Display is using new deuterium-powered OLED EX panels offer improved, brighter images and video -- but LG Display will use the new OLED EX panels for even sleeker TV designs. We're talking bezels down to as thin as just 4mm, which is a huge reduction considering LG's OLED TVs have impossible-thin bezels of 6mm now. 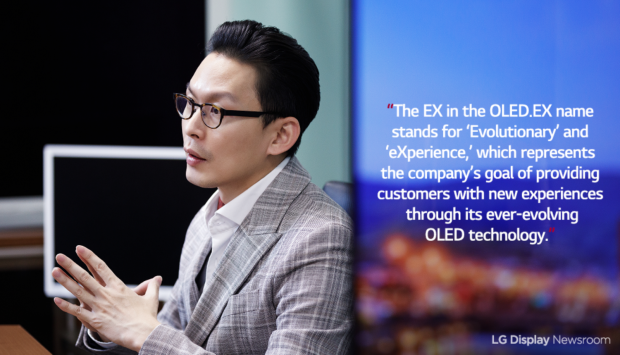 Lee Hyeon-woo, Senior Vice President and Head of Life Display Business Group at LG Display said back in April 2022 in regards to LG's next-gen OLED.EX technology: "Even in technology that maximizes the difference between the bright and dark parts of the screen, OLEDs with infinite contrast ratio can express the exact screen brightness required by content. With EX technology, HDR implementation performance has been further improved".