Unity teased its new real-time demo at SIGGRAPH 2022, with Lion debuting in the glorious 4K resolution and running at 30FPS on the Sony PlayStation 5.

The new Lion demo from Unity utilizes a bunch of Unity Engine features including some real-time hair and fur rendering, powered by Weta Digital's new Wig hair and fur tool. Remember Unity purchased Weta Digital in late 2021, where Unity Technical Artist Sara Hansen explained the use of their tools in the new Lion demo: "Wig is a different way of working - it's actually the fastest grooming tool that I've ever used".

"A high-quality hero groom - which would take me several months in another grooming package - is much faster to create in Wig. It takes just a couple of weeks, and some grooms go from weeks to create in other tools to only one or few days in Wig, and at far better quality levels and with greater artist controllability... Even when you have to react to detailed art direction feedback notes, like adjusting a specific strand from a reference shot, it's easy to author in Wig".

Unity had to be updated in order to get the rendering of millions of individual strands of fur, which all over independently. The developer explains that "One set of improvements includes a new GPU-driven clustered hair simulation that enables millions of hair strands to react dynamically in real-time, part of the new Hair System released on Unity's GitHub. This approach builds on the hair simulation used for the incredible Digital Human showcase, Enemies, and expands the method to handle several orders of magnitude more hair strands efficiently on GPU". 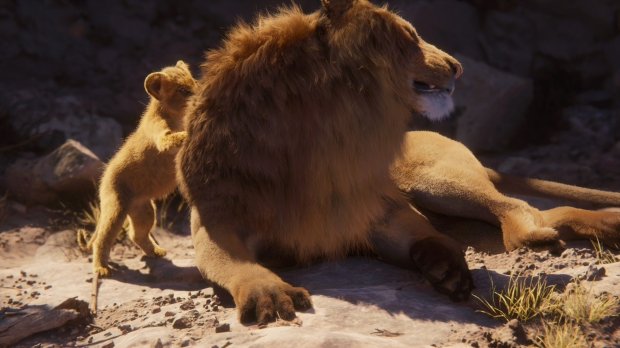