NASA has released a new image snapped by the now-operational James Webb Space Telescope, and it hones in on a beautiful distant galaxy.

NASA explains on its website that Webb has looked into the chaos of the Cartwheel Galaxy that's located about 500 million light years away from Earth within the constellation Sculptor. At the center of the galaxy resides a black hole, and according to the space agency, the spectacle appearance is a result of a high-speed collision between a large spiral galaxy and a smaller galaxy that isn't visible in the image.

The collision caused the cartwheel-like appearance, which has two rings - a bright inner ring and a colorful outer ring. Closer to the center of the galaxy is a core that contains large quantities of hot dust where very large young star clusters are forming. The outer ring has been expanding for approximately 440 million years, and as it continues to expand, the area is being activated for star formation. 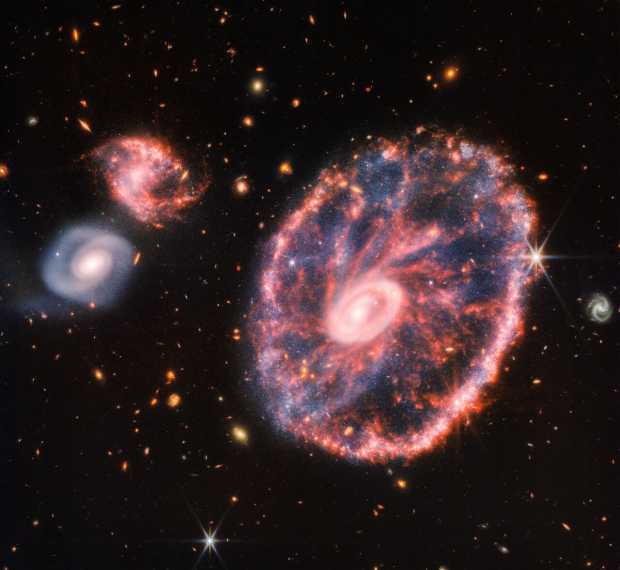 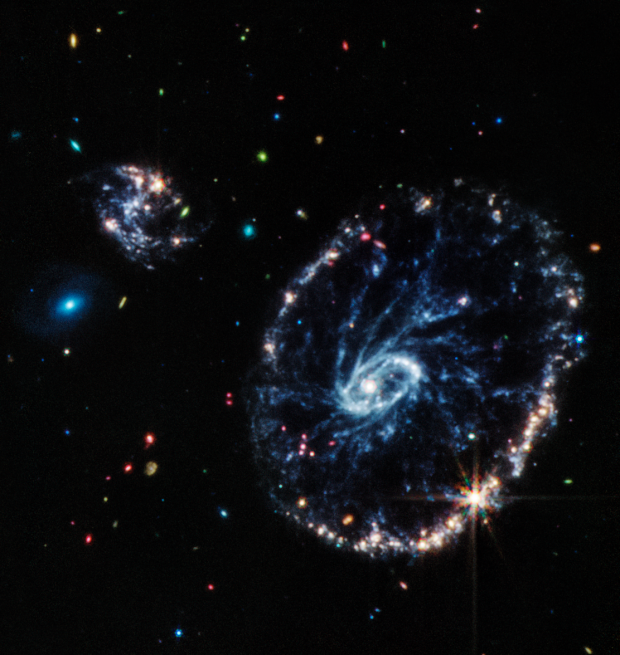