Seagate teased nearly a year ago now back in September 2021 that it was developing its second-generation HAMR HDD that would "be probably around 30TB" but now that day is here. 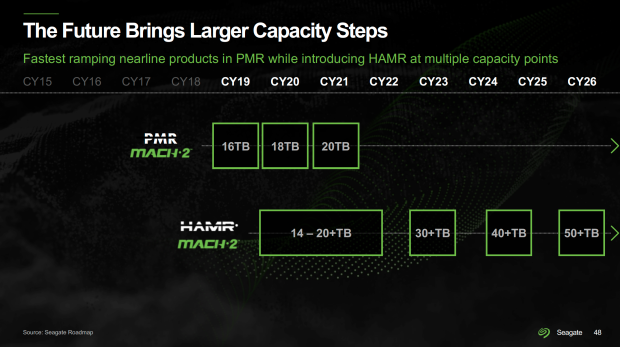 Seagate has announced that it will be launching its second-generation HAMR HDDs with capacities of 30TB in mid-2023, but even more mammoth HAMR HDDs are coming: 40TB+ in 2024, and 50TB+ in 2025. Pretty crazy when we're dealing with single-digit M.2 NVMe SSDs.

The company has made it clear that it will be shipping the second-gen HAMR HDDs with 30TB+ capacities in 2023, with certain customers of Seagate in the data center market getting their drives first, while everyone else will have to wait. As for the HAMR technology: Seagate's HAMR tech adjusts HDD memory, affecting media, magnetic layer, reading and writing heads, controller, actuators, and several other components of a hard drive.

David Mosley, chief executive of Seagate explained during the earnings call: "We are well down the development path towards launching our 30+ TB family of drives based on HAMR technology. We expect to begin customer shipments of these HAMR-based products by this time next year". 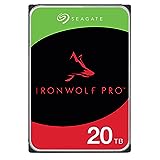