Seagate is teasing some gigantic HDDs for 2020, with the first half of 2020 seeing the storage giant unleash 18TB HDDs into the world, but by the end of 2020 we'll be seeing even bigger 20TB HDDs.

The company is headed towards releasing the first commercial HAMR-based HDDs in the second half of 2020, while the new 18TB drive will be based on the same 9-platter platform that Seagate uses for its current Exos 16TB HDD. This means that Seagate has everything it needs to put 18TB HDDs into mass production before HAMR arrives in 2H 2020.

Seagate will be putting many more eggs into the HAMR basket going forward, with its own 30TB+ HDD planned for 2023-2024 and an even bigger 50TB+ based on HAMR in 2026. The one thing I think of when I see 50TB is image losing 50TB of data in a single drive... that is millions of photos, videos, and untold billions of files gone in an instant. Still, from a tech perspective -- 50TB in a single drive, WOW.

Seagate CEO Dave Mosley said: "We are preparing to ship 18 TB drives in the first half of calendar year 2020 to maintain our industry capacity leadership. We are also driving areal density leadership with our revolutionary HAMR technology, which enables Seagate to achieve at least 20% areal density CAGR over the next decade. We remain on track to ship 20 TB HAMR drives in late calendar year 2020".

He added: "As drive densities increase, multi-actuator technology is required to maintain fast access to data and scale drive capacity without compromising performance. We generated revenue from our MACH.2 dual actuator solutions for the first time in the September quarter. We are working with multiple customers to qualify these drives, including a leading US hyperscale customer, who is qualifying the technology to meet their rigorous service level agreements without having to employ costly hardware upgrades. We expect to see demand for dual actuator technology to increase as customers transition to drive capacities above 20 TB". 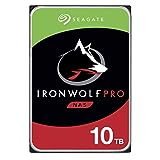