A Reddit user has shared photos taken from a plane flying above the clouds over the Atlantic Ocean. 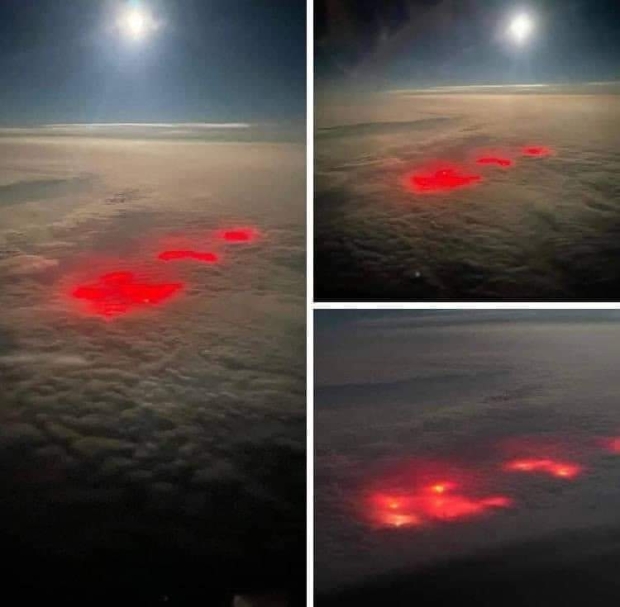 According to the post, the red glows visible in the photo were something the pilot had never seen, which prompted many theories to be suggested by other users. The red light is most likely a result of large lighting arrays used by fishing vessels to catch Pacific saury. However, without closer inspection, the cause can't be known for certain.

Such ships are equipped with hundreds of red lights around the ship's perimeter, with LED being the preferred option for its higher efficiency, lower weight, and the ability to target the light more effectively than other lighting solutions like high-intensity discharge (HID). However, the strong glow from high up past the clouds suggests HID could have been in use, explaining how much light escaped upwards.

"Maybe fishing vessels have never clustered so much to concentrate so much light? Three possible scenarios. 1. Fish populations down to small concentrations. 2. Chinese fishing boats have fished out the Pacific and are now factory fishing in the Atlantic. 3. Atlantic-based fishing boats have adopted China's factory fishing strategy. None of these are good outcomes. Good luck to those fish," said one Redditor.