Soulframe is a new free-to-play action "hybrid-MMORPG" with enchanting presentation. Digital Extremes is trading sci-fi with deep fantasy in a way that reminds me of FromSoftware's shift from Armored Core to Dark Souls or Elden Ring. There's certainly some mythical lore beats expressed throughout Soulframe's cinematic trailer, matching strange otherworldly technology with swords and sorcery, complete with a towering fox-wolf as a companion.

Digital Extremes has described Soulframe's world as a "mirror universe" to Warframe, and is directly inspired from the colorful and explosively creative fantasy worlds of the 1970s and 1980s including the stark brutality of sword-wielding enemies from likes of Ralph Bakshi all the way to the glowing gardens of Legend with Tom Cruise. 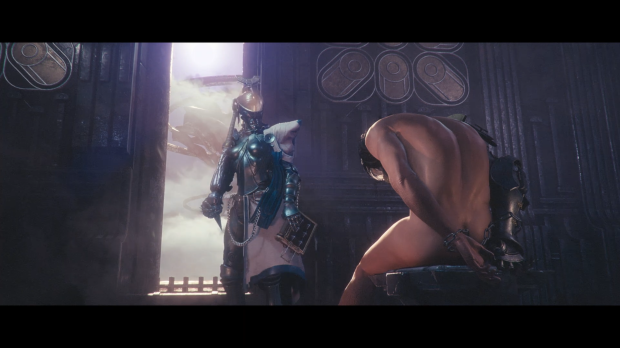 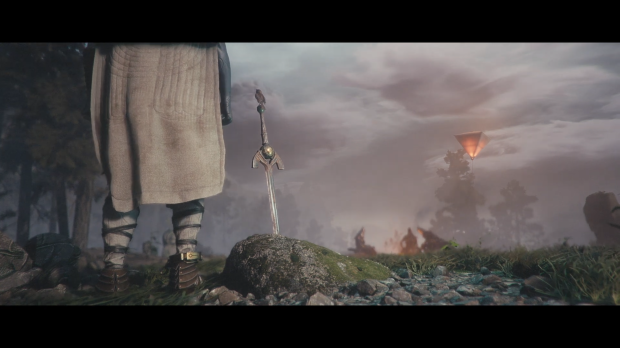 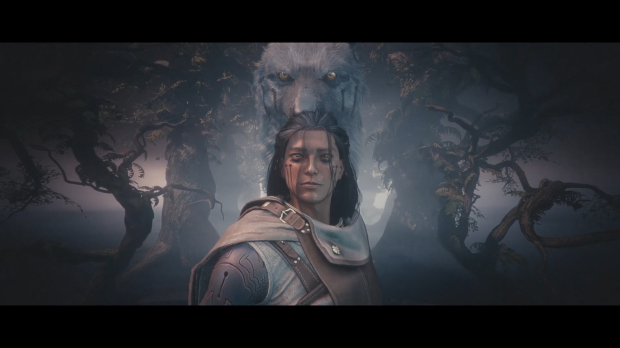 "Find your spirit, your grace renewed. And return to Earth, your power true."

In a surprise reveal during TennoLive through a beautifully captured cinematic trailer invoking themes of romanticism and fantasy, Digital Extremes showcased game lovers a cryptic teaser for the upcoming free-to-play action hybrid-MMORPG in early development at the studio:

"With Soulframe's worldbuilding and thematic elements, we are really looking to go back to our childhood favorites and pull inspiration from the elaborate fantasy worlds that we fell in love with growing up," said Soulframe Creative Director Geoff Crookes.

"Our team is really interested in this idea of nature and humanity colliding and we'll be exploring a lot of those themes through our own lens while playing with ideas of restoration and exploration."

For fans of Digital Extremes, the path to Soulframe's release will be a familiar one - transparent, collaborative, and an iterative process shaped alongside the passion of players and Digital Extremes.