Intel has officially detailed its next-gen NUC 12 Extreme "Dragon Canyon" with its latest high-end SFF gaming PC, where it's pretty much just a beasty desktop PC at this point. 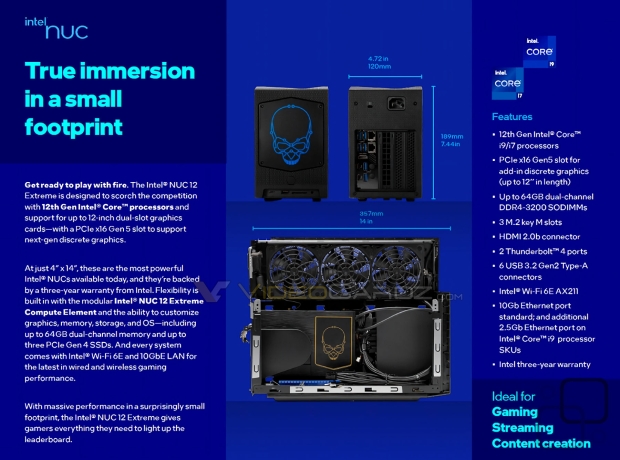 Interestingly, there'll be a monster PCIe 5.0 x16 slot that's ready for a next-gen discrete GPU, as well as up to 64GB of DDR4-3200 SO-DIMM memory. Intel's new NUC 12 Extreme will also support the company's upcoming 13th Gen Core "Raptor Lake" CPUs, and 10GbE enthusiast-grade Ethernet, with an additional 2.5GbE port on the Core i9 model. 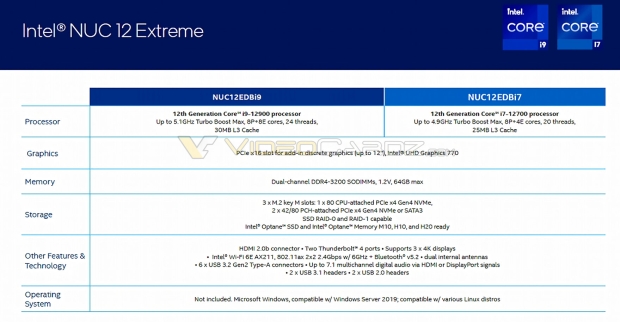 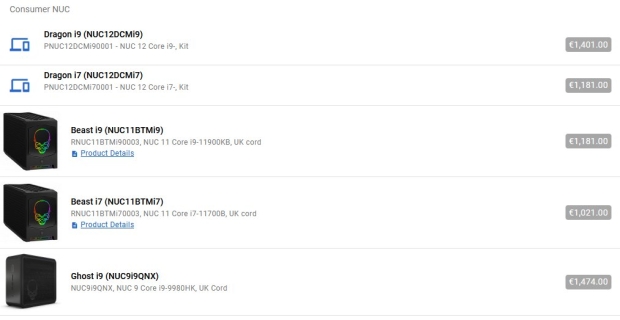 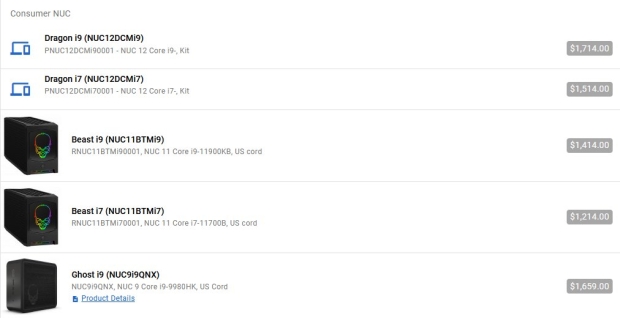 HDMI 2.1 can do 4K 120FPS+ which is what you'd want from something called DRAGON CANYON. This is more like Whimper Dragon when it comes to display connectivity. You will of course have HDMI 2.1 through any discrete GPU you install into it, but that shouldn't be the case -- it should have HDMI 2.1 by default in 2022 -- seriously.

Anyway, the boost up to the 10GbE enthusiast-grade networking is a welcome upgrade over the 2.5GbE in the previous NUC 11 Extreme, while 2 x Thunderbolt 4 connectors are also here.