A study on the Earth's formation titled "Stochastic accretion of the Earth" has been published in the journal Nature Astronomy. 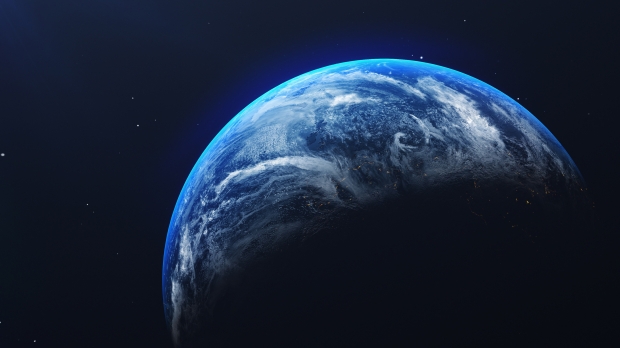 Researchers from ETH Zurich have used a new modeling approach to determine a likely pathway through which Earth came to be. The prevailing theory until now suggested that Earth formed from chondritic asteroids gradually conglomerating. However, according to planetologist Paolo Sossi of ETH Zurich in Switzerland, "the problem with this theory is that no mixture of these chondrites can explain the exact composition of the Earth, which is much poorer in light, volatile elements such as hydrogen and helium than we would have expected."

When stars form, leftover dust and gas surrounding the star make up a protoplanetary disk, which gradually aggregates into concentrated pockets. In what's known as the accretion model, matter clumps together, held in place by electrostatic forces, and then gravitational forces begin to hold matter together as larger objects form, such as planetesimals, which can go on to become a planet.

"Dynamic models with which we simulate the formation of planets show that the planets in our Solar System formed progressively. Small grains grew over time into kilometer-​sized planetesimals by accumulating more and more material through their gravitational pull. What is more, planetesimals that formed in different areas around the young Sun or at different times can have very different chemical compositions," said Sossi.

Sossi and his team investigated whether Earth could have formed not from chondrites but from other planetesimals in the vicinity of where Earth eventually settled relative to the Sun. Their simulations found that various planetesimal combinations could produce planets like Earth and the other inner solar system planets; Mercury, Venus, and Mars. Their simulations showed that Earth as we know it was the most likely outcome of such a method of planetary formation. 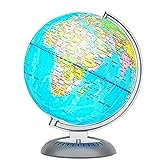 Illuminated Globe of the World with Stand | World Globe