Call of Duty's new anticipated DMZ mode won't be a standalone game and will instead release with Modern Warfare II, sources have told reporter Tom Henderson. 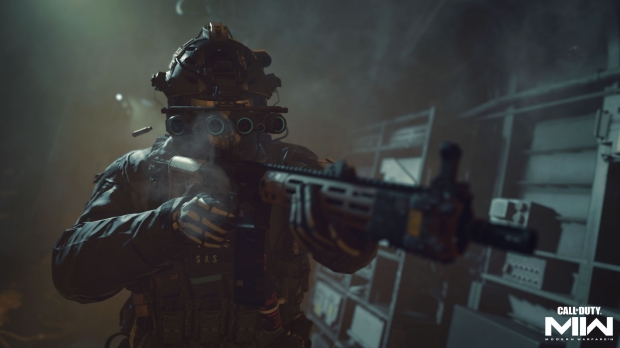 Original reports say that Call of Duty's new DMZ mode, which is described as an Escape From Tarkov-like experience, would be a standalone free-to-play game coming in 2023. Now sources have told Tom Henderson that this isn't the case. The DMZ mode, which has yet to be formally announced by Activision or Infinity Ward, will be Modern Warfare II's fourth mode after campaign, multiplayer, and co-op.

Big leaks recently rocked the Call of Duty world, with details of Modern Warfare II's multiplayer maps, weapons, and more being datamined from Warzone mobile source code. There were multiple strings and instances referring to various objectives in the DMZ mode, including references to extraction-based missions.

Infinity Ward has yet to even formally unveil Warzone 2, the new standalone free-to-play version of the popular BR that's launching later in 2022. It's likely that Activision will stagger the reveals of DMZ and Warzone 2 across the next few months leading up to Modern Warfare II's release on October 28, 2022.