The Supreme Court of the United States (SCOTUS) has delivered its verdict on the case of West Virginia v. Environmental Protection Agency.

The decision restricts the Environmental Protection Agency's (EPA) ability to regulate greenhouse gas emissions to curb climate change and help the nation reach climate targets. The final ruling was 6-3, determining that the EPA does not have the authority to push broad limits across the country without receiving approval directly from the U.S. Congress.

West Virginia led nineteen states and various power companies against the EPA to prevent it from capping carbon dioxide emissions and fining those out of line. The EPA originally issued its Clean Power Plan in 2015, setting emissions targets for states that included limiting carbon emissions in 2022 while targeting a 32 percent reduction by 2030.

The plan was blocked in 2016 by the Supreme Court before being fully repealed in 2019. Following the failure of the subsequent Affordable Clean Energy rule former President Donald Trump attempted to pass, the EPA's plan was once again on the table. However, the verdict by SCOTUS effectively puts the brakes on it once more, in what President Joe Biden called "another devastating decision that aims to take our country backwards."

"Capping carbon dioxide emissions at a level that will force a nationwide transition away from the use of coal to generate electricity may be a sensible solution to the crisis of the day. But it is not plausible that Congress gave EPA the authority to adopt on its own such a regulatory scheme... A decision of such magnitude and consequence rests with Congress itself, or an agency acting pursuant to a clear delegation from that representative body," wrote Chief Justice Roberts.

"The stakes here are high. Whatever else this court may know about, it does not have a clue about how to address climate change," wrote Justice Elena Kagan, one of the dissenting Justices. 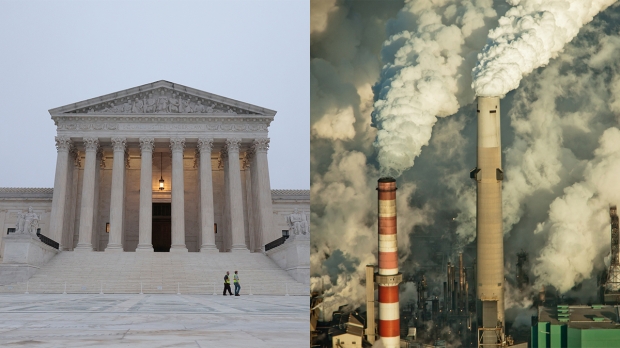