A study on organic carbon on Mars titled "Organic carbon concentrations in 3.5-billion-year-old lacustrine mudstones of Mars" has been published in the journal Proceedings of the National Academy of Sciences.

NASA scientists have measured the total organic carbon present in Martian rocks for the first time with the help of data from the Curiosity rover. Organic carbon refers to the carbon found in organic compounds, which consist of carbon and hydrogen, and form the basis of all known forms of life. Organic carbon does arise on Mars as a result of non-living sources, however, such as volcanic activity or meteorites.

The Curiosity rover has found organic carbon and evidence of water existing long ago on Mars in the Gale crater, where it has been exploring and collecting samples. These conditions in the crater, as well as low acidity, and the presence of chemicals like oxygen, nitrogen, and sulfur, show Mars could have supported life at some point.

"Total organic carbon is one of several measurements [or indices] that help us understand how much material is available as feedstock for prebiotic chemistry and potentially biology. We found at least 200 to 273 parts per million of organic carbon. This is comparable to or even more than the amount found in rocks in very low-life places on Earth, such as parts of the Atacama Desert in South America, and more than has been detected in Mars meteorites," said Jennifer Stern of NASA's Goddard Space Flight Center in Greenbelt, Maryland, and the study's lead author.

"Basically, this location would have offered a habitable environment for life, if it ever was present," continued Stern. 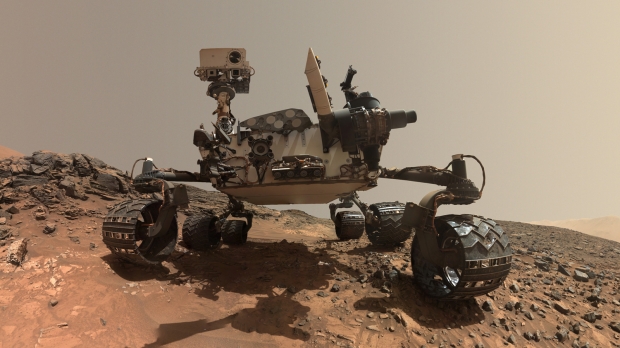