AMD isn't too far away now from launching its next-gen RDNA 3-based Radeon RX 7000 series GPUs, and now we're hearing about higher power consumption on the RDNA 3 chips... because NVIDIA is using more power. 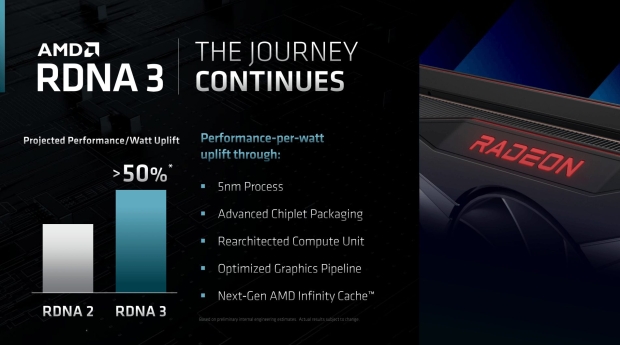 The news is coming from Tom's Hardware, which spoke with AMD Senior VP Sam Naffziger, who was one of the minds behind AMD's revolutionary chiplet architecture. AMD has recently said that it would have a 50% projected performance-per-watt uplift with its new RDNA 3 GPUs over RDNA 2, but now those numbers are getting clearer.

Naffziger said: "The demand for gaming and compute performance is, if anything, just accelerating, and at the same time, the underlying process technology is slowing down pretty dramatically - and the improvement rate. So the power levels are just going to keep going up. Now, we've got a multi-year roadmap of very significant efficiency improvements to offset that curve, but the trend is there".

"Performance is king, but even if our designs are more power-efficient, that doesn't mean you don't push power levels up if the competition is doing the same thing. It's just that they'll have to push them a lot higher than we will". 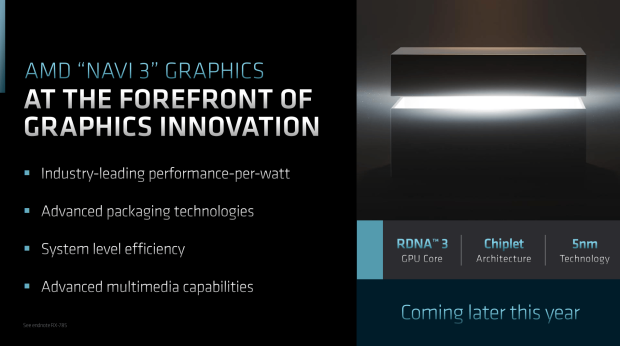