AMD has been detailing more and more about its next-gen RDNA 3 GPU architecture, but now leaker "Greymon55" has said when the launch will take place. 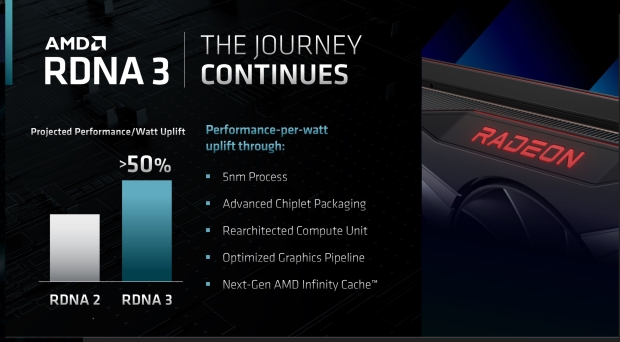 The next-gen RDNA 3-based AMD Radeon RX 7000 series GPUs will reportedly be launching in "late October, no later than mid-November" with a nice 'wink' emoji at the end. The leaker quickly followed it up with a tweet, starting with a 'whisper' emoji and then '3rd gen DNA'.

Before AMD unravels and releases its new Radeon RX 7000 series CPUs we'll see the company push out its next-gen Zen 4-based Ryzen 7000 series CPUs. The new Zen 4 processors will be on a new AM5 socket, with the upcoming X670E + X670 motherboards packing both next-gen DDR5 and PCIe 5.0 technologies. The new RDNA 3-based GPUs are rumored to be new PCIe 5.0 x16 on the flagship Navi 31-based graphics cards.