Fall Guys has amassed even more popularity after going free-to-play on all platforms.

Mediatonic recently confirmed that Fall Guys now has 20 million active players on consoles and PC, which is a meteoric jump from its previous figures. Back in December, Mediatonic confirmed its battle royale party game Fall Guys had sold about 11 million copies. The jump from 11 million to 20 million is a 81% rise in players, which corresponds with the game's new free-99 price tag.

Extras like full cross-play and cross-progression on PS4, PS5, Xbox One, Xbox Series X/S, Switch, and PC makes Fall Guys an even more attractive proposition. Billion-dollar titan Epic Games is responsible for making Fall Guys a F2P sensation, which follows in the footsteps of Fortnite, one of the most popular games of all time, as well as sports racer Rocket League. It also significantly helps the game is available across practically every gaming system besides mobiles (which is probably happening at some point).

Even before going free-to-play, Fall Guys was one of the most popular indie games on the market, earning a third-place spot behind sales of Stardew Valley (20 million) and Rust (12.4 million). Fall Guys had sold 2 million copies in less than a week during the pandemic and at one point it had more Steam players than GTA V. It went on to sell over 7 million copies in its first month and was the most-downloaded PlayStation Plus game of all time.

For more info on Fall Guys, check below:

Fall Guys might be free-to-play but it is now monetized with a premium season pass which will fund new content over time. It also has a new premium currency called Show-Bucks.

You're invited to dive and dodge your way to victory in the pantheon of clumsy. Rookie or pro? Solo or partied up? Fall Guys delivers ever-evolving, high-concentrated hilarity and fun. The only thing more important than winning is looking as ridiculous as possible while doing it. Grab the silliest costume you can and fall in line-the show's about to start! 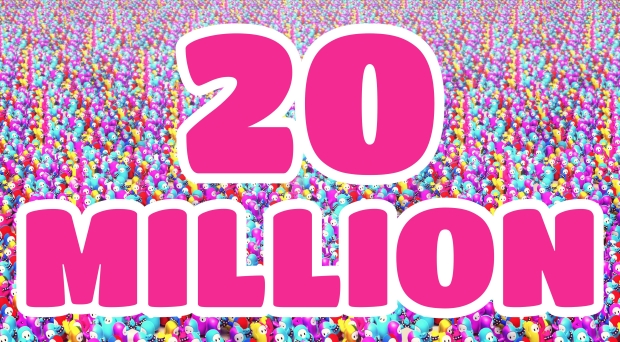