Fall Guys is the latest gaming craze. It's taking over Twitch and it even had players than Grand Theft Auto V on Steam. Now Devolver confirms an absolutely massive sales milestone. 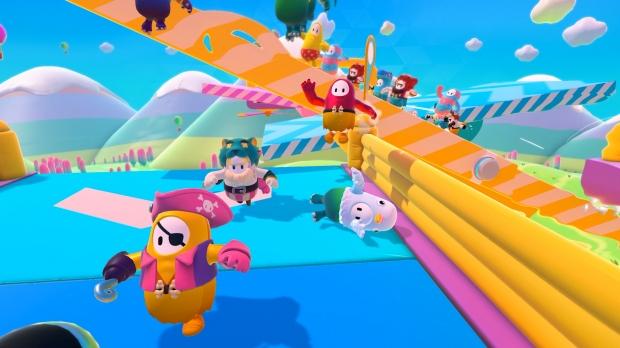 Fall Guys has now sold more than 2 million copies on Steam, making it the best launch game in Devolver Digital's history of releases. These are absolutely astronomical sales figures for any game, whether it's AAA or indie. For reference, Final Fantasy 7 Remake sold 3.5 million copies in 3 days. It took Fall Guys less than a week to hit 2 million copies.

Here's how Fall Guys is stacking up against other indies:

The game is so popular that the developer, Mediatronic, is having trouble keeping up with server traffic. Fall Guys is also 100% free on PlayStation Plus right now, so be sure to grab it and give it a whirl. It's addicting, punishing, and extremely fun.

"It has been overwhelming and humbling to watch the launch and reception of Fall Guys. We're incredibly grateful to all of our players for their support and have big plans for the game in the future," beamed Mediatonic's Co-Founder & Chief Games Officer, Paul Croft. "We're thrilled by the response and can't quite believe how beloved our little jelly beans have already become!"

Devolver: Behind the Scenes: Business and Punk Attitude