The Boring Company has just received approval from the City of Las Vegas, so that the Elon Musk-led company can extend its tunnel network underneath the city, to downtown Las Vegas.

Clark County Commissioners first approved the Vegas Loop, which was planned as a 29-mile tunnel network that was connected to 51 stations. But with the expansion approval, it will boost up to a bigger 34-mile tunnel network with 4 more stations: 55 in total, with connections to Harry Reid International Airport and the Allegiant Stadium.

If you forgot how the Boring Company tunnel network works, the Vegas Loop will see passengers get into a human-driven Tesla Model X or Model Y electric vehicle -- underground, in a series of networked tunnels -- and boosted off to their destination with much, much more time to spare than driving on the roads.

The official City of Las Vegas Twitter account tweeted: "#lvcouncil unanimously approved the agreement with @boringcompany to bring the Vegas Loop to city limits in #DTLV".

The Boring Company retweeted it, adding: "Thanks to the entire team at the City of Las Vegas! Great discussion today, and TBC is excited to build a safe, convenient, and awesome transportation system in the City". 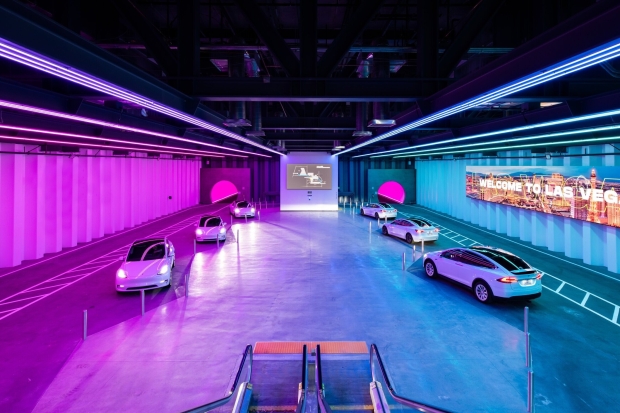 The Boring Company explains on its official website: "Vegas Loop will include LVCC Loop and any future service extensions including those to casinos along the Strip, Harry Reid International Airport, Allegiant Stadium, downtown Las Vegas, and eventually to Los Angeles. Vegas Loop will provide fast and convenient transportation to the Las Vegas community, its visitors, and beyond".

"On October 20, 2021, the Clark County Commissioners unanimously approved Vegas Loop, a 29-mile tunnel network connecting 51 stations throughout the resort corridor and beyond, as shown on the map".