Adobe is planning on rolling out a free-to-use web-based version of Photoshop, and testing has already begun in Canada. 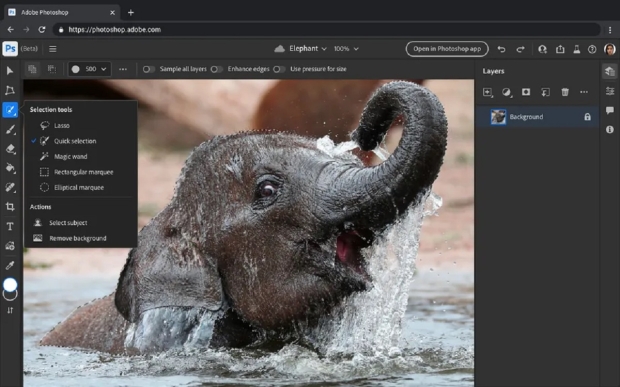 Adobe wants to give creatives the power of photoshop in a web-based browser as the massive software company has begun testing a "freemium" version of Photoshop that can be accessed through a free Adobe account. The "freemium" aspect of the software is described that way by Adobe because the company plans to eventually put pay-walls up for some features that will be accessible to those that have subscribed.

"We want to make [Photoshop] more accessible and easier for more people to try it out and experience the product. I want to see Photoshop meet users where they're at now. You don't need a high-end machine to come into Photoshop," said Maria Yap, Adobe's Vice President of Digital Imaging.