NASA has captured on video the Sun firing off a solar flare that was accompanied by a coronal mass ejection.

NASA used its Solar Dynamics Observatory to observe the solar event from multiple wavelengths, giving astronomers and Sun researchers a variety of ways to interpret the data. The Sun released its solar flare on June 13, where it shot large quantities of high-energy radiation into space for approximately eight hours. Officials reported that the flare reached M3.4, which places it in the "medium" power categorization, meaning it wasn't powerful enough to cause any significant impact to Earth.

Notably, Spaceweather reports that the solar flare also came with a coronal mass ejection (CME), which is a large cloud of plasma that is ejected from the Sun's corona, usually, after a solar flare occurs. The flare can be traced back to the sunspot group named AR3032 exploding. As for the CME, officials at the National Oceanic and Atmospheric Administration (NOAA) believe the CME will mostly pass Earth when it arrives on June 15 but may impact Earth's magnetosphere slightly. 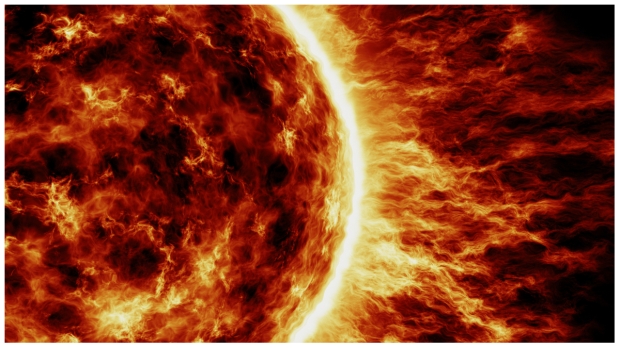