Call of Duty Modern Warfare 2 isn't just a new game. It represents the evolution of the Call of Duty franchise using Infinity Ward's new shared games engine, which unifies Warzone and mainline games for the first time ever. Billed as the "most advanced Call of Duty yet," new gameplay footage backs up these claims with some impressive visuals and smooth performance.

Modern Warfare 2's first gameplay footage reveals a snippet of the Dark Water campaign mission and is actually an idea showcase of physics, graphics, effects, and the new emergent AI. The complexity of the wave and water effects mixed in with real-time weather and realistic, reflective lighting across all sources, coupled with the seamless lighting transitions, explosions, and the general high-resolution textures mesh extremely well with the smooth FPS throughout the demo.

"It's such a big moment for Modern Warfare 2 and everything that Infinity Ward has built, but it really marks the step-change--what we're calling a transformational moment for the entire franchise. You're going to see incredible rendering, incredible graphics, all the things that will be in the game itself built all-in-one shared engine now across Warzone and Modern Warfare 2 going forward," Activision's head of Call of Duty Johanna Faries said during the Summer Game Fest.

Faries also commented on Warzone 2.0, the new standalone battle royale game that is releasing alongside Modern Warfare 2. The new Warzone will reset all progress and will be separate from the existing Warzone released in 2020.

"There's a lot of chatter about the new Warzone experience that we're affectionately calling Warzone 2.0. There will be a standalone Warzone experience for current existing players as well, so we're going to feed the entire community there," she said.

"All eyes on the 28th, Warzone coming to mobile as well for players on the go, we're on Steam, it's just a big moment and there's going to be a lot more to come in the months to follow.

"There's some chatter about seeing High Rise and other elements. We will be get into the details of Warzone 2.0 for sure. It will be an extension of the Modern Warfare 2 universe so all the more reason why we think this game, this moment, is such an important title for all of us looking ahead. Like we said, we're having a bold vision for the entire future of the franchise. We're in position. We're really excited." 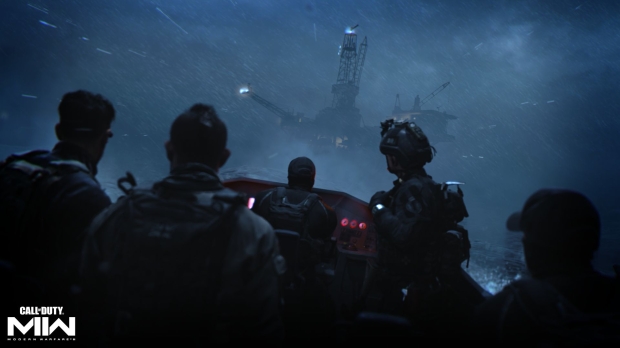