The new Amazon AWS Graviton3 CPU offer up to 64 cores, dual DDR5 memory chips, 55 billion transistors, and over 25% higher performance/core vs. the previous-gen Graviton2 CPU. Amazon is using 7 chiplets on the AWS Graviton3 CPU: 4 memory channels that have 2 x DDR5 channels each, and then 2 x PCIe Gen5 chiplets. 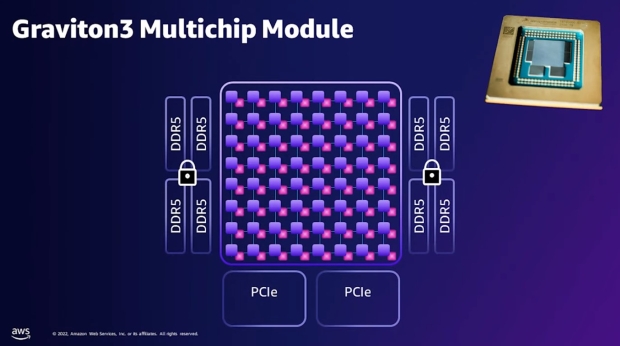 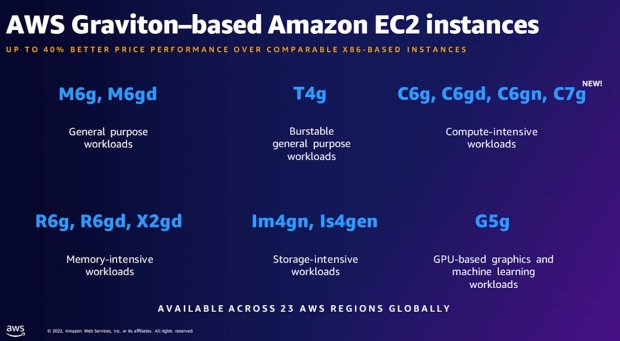 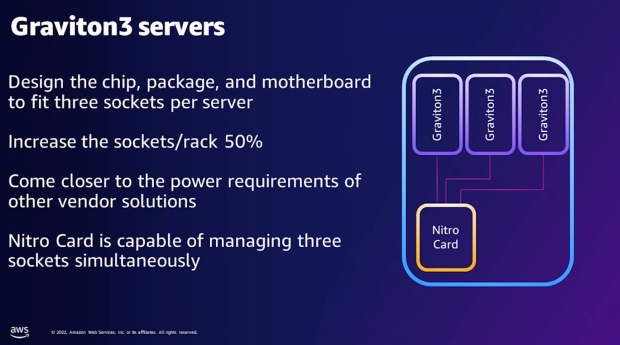 I think the coolest thing here is that Amazon supports an interesting three sockets per server, after decades of 1, or 2, or 4 sockets per server... this is a nice change. The slide above shows the Graviton3 servers, well -- 3 x Graviton3 CPUs -- intro the Nitro networking interface.