AMD is hours away from introducing its next-gen Zen 4-based Ryzen 7000 series CPUs, as well as the next-gen X670, X670, and B650 chipsets for new motherboards of the future. It'll be live-streamed at Computex 2022, with details on how you can tune into the live stream below. 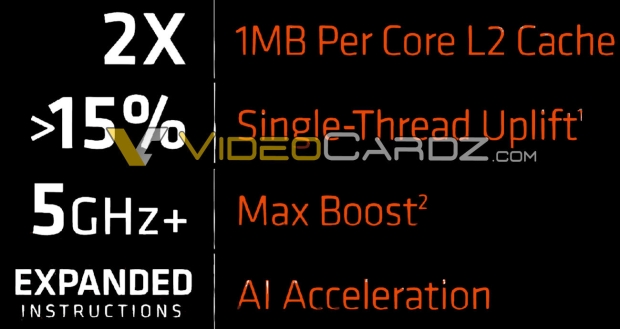 The next-gen AMD Ryzen 7000 series CPUs will have support for DDR5 memory and PCIe 5.0 support, with the flagship X670E capable of PCIe 5.0 GPUs and SSDs of the future. The new Zen 4 processors will be using the latest AM5 socket (LGA1718) and work with AM4 coolers, with AMD promising over 15% single-thread uplift and over 5GHz+ boost CPU clocks. But...

Tom at Moore's Law is Dead is right... I think we're going to get a BIG surprise during AMD's actual Computex 2022 keynote. I think we're going to have to strap into our seats and wait another few hours for the official live stream where we will get much more performance improvements. AMD even says "over 15%" here... but how much more? Much more, I'd say.