Nvidia has gone a step further and confirmed its specs a full one week ahead of its launch. Below is a screenshot from the Nvidia website in case they take it down. 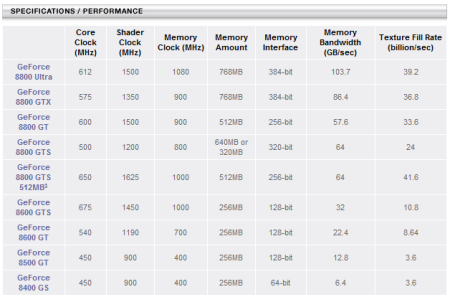 As you already know, default clock speeds put its core clock at 650MHz with memory clock at 1000MHz and shader clock at 1625MHz which is a full 125MHz faster than the uber high-end 8800 Ultra.