The last 12-18 hours of Elon Musk vs Twitter vs the world has been illuminating... to say the least... with an undercover Project Veritas journalist talking with Twitter executives. Now they've got Alex Martinez, Twitter's Lead Client Partner, saying some rather awful things on video:

Right out of the gate, this is what Martinez said about Elon Musk:

In the full clip, Martinez continues blabbering: "well, right now we don't make profit. So, it's gonna say ideology, which is what's led us into not being profitable. The rest of us who have been here, believe in something that's good for the planet and not just to give people free speech".

"Cause again, like these people (Twitter employees) really do believe in what we're doing. There are the policies we (Twitter) put in place for misinformation or mislabeling media or whatever. Why do you think this should be taken down? Those are the questions they're going to ask him (Elon Musk). And it's going to be hard for him (Elon Musk) to be like, 'uh, because people should make their own decision'".

"It's like, no, but people don't know how to make a rational decision if you don't put out correct things that are supposed to be out in the public. As an advertiser, as my business is what I do everyday and why I go out is like, we want it (Twitter) to be as fair and transparent and accurate as possible".

"And if that means there's a level of censorship to make it correct. Quote, unquote again. And what does correct mean? I guess, like, it just kind of goes into the idea of like, well, what is correct?"

"So, I can't even take what you're (Elon Musk) saying seriously".

"Targeting of Tweeps (Twitter Employees). Wait. You can read it".

(hands the PV journalist his phone)

PV journalist: "what the f**k is that (Project Veritas)?"

Martinez: "it's (Project Veritas) like some group that's just trying to out the employees. Like, they're trying to go on dates with them, like this. And record them and then go sell it to the New York Times and say 'this is what the Twitter employee just said'. This is what's really happening. This is what they're telling us not to do. You're lucky that you met me organically cause I would be questioning everything about you". 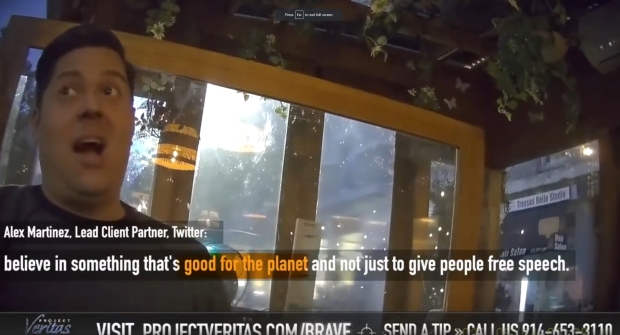